The Club Players Association (CPA) has criticised the new GAA 'Super 8′ proposals to revamp the football Championship and RTÉ's 'blatant' promotion of the motion.

The proposal from Director-General Paraic Duffy, which will see the All-Ireland SFC quarter-final stage played off over two groups of four teams, will be voted on at Congress in Croke Park this weekend, but the CPA say they have been denied the chance to address the issue on behalf of their 20,000 members.

“We wrote to the President as required under rule 3.35 to formally request the right to speak at Congress on behalf of over 20,000 members. He has replied denying us the opportunity to speak stating it would be inappropriate,” a statement read.

“This isn’t about granting us speaking access. It’s about fixing fixtures. In effect, the proposals will create an elite ‘Super 8′ of counties, and it does nothing for the plight of the club player in those counties.

“It also does nothing for hurling... The proposed Super 8 idea adds more time, more costs and doesn’t help solve the issues of club fixtures.”

The CPA are also unhappy with RTÉ’s coverage of the topic.

Dick Clerkin, Brendan Cummins and Donal O’Grady addressed the issue on Allianz Sunday, with former Mongahan player Clerkin suggesting “it can't but be a success”.

Cummins said he was in favour, but cautioned that the “fairytale stories of Tipperary and all getting to All-Ireland semi-finals would be gone through this system”.

Former Cork hurling manager O’Grady put forward the argument that it did little for the game of hurling.

“Putting on a hurling hat, I was disappointed that Paraic Duffy didn't look at the hurling (situation),” he said.

“I would have liked action to see a Super 8 in the hurling. I think it would be a great competition. I'd be afraid that hurling's profile would be lost in all the publicity and all the football that's happening.”

The CPA argued that the discussion was not an evenly balanced one.

“On Sunday night players watched as the Sunday Game blatantly promoted one side of the problem,” their statement read.

“The fact that RTÉ are a sponsor of the Championship and therefore had a conflicted interest wasn’t lost on our members as RTÉ licence payers.

“We can’t understand this reluctance to consider every alternative. This problem won’t fix itself.” 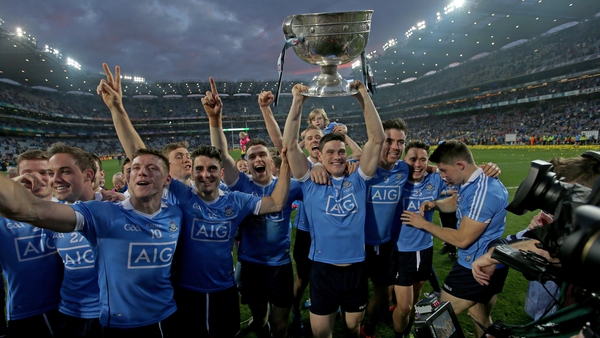 Can proposed 'Super 8' light up summer?