Bernard Flynn says the decision by Dublin manager Jim Gavin to rest his All-Ireland winning squad for the victorious O’Byrne Cup campaign is one that has left his rivals “reeling”.

A new-look Dublin side claimed the early season silverware under the stewardship of Paul Clarke as Gavin and his management team, along with the squad, enjoyed a team holiday in Jamaica.

They returned to a training camp at the weekend as an experimental side defeated Louth 2-16 to 1-10.

Cavan welcome the Dubs to Breffni Park this weekend in the opening round of the Allianz League as they bid for a fifth successive League title.

Speaking on RTÉ Radio 1’s Morning Ireland programme, Bernard Flynn said it was a wise decision from Gavin to rest his players and says they have bigger targets than another league crown.

“What a defiant statement to put out a completely different squad out to win the O’Byrne Cup, while the main squad were at a training camp last weekend. 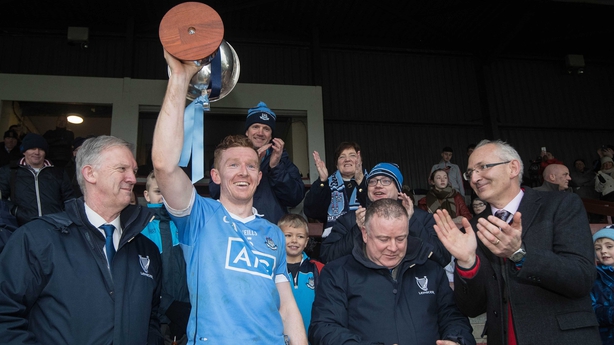 “Some say it smacks of arrogance. I think it’s sensible and very responsible. He’s managing the workload.

“It was a brave, bold move by Jim Gavin.

“[It's] one that has many of his rivals in the inter-county management reeling at this stage.”

The former Meath forward is eagerly looking forward to the start of competitive action.

“In the four Division One this weekend, you are looking at 40,000-plus attending the games. It’s great. Everyone’s mad keen for a bit of football this time of year.”

Flynn is expecting an intense encounter at MacHale Park, but expects Mayo to make home advantage count against Monaghan and says Kerry’s long journey to Letterkenny to take on Donegal will not be for the “faint-hearted”.

He predicts a season of struggle for Roscommon, who travel to Healy Park to take on Mickey Harte’s Tyrone, and expects Cork and Galway to earn promotion from Division Two.

Reports and reaction on the day's league games on Sunday Sport on RTÉ Radio 1 from 2pm.

Highlights of the weekend's action on League Sunday on RTÉ Two television (7.30pm).