Cork got the better of Clare in the Munster Hurling League in testing conditions with a powerful second-half display to book their place in Sunday's final against Limerick.

The Rebels advanced after emerging victorious in a scrappy encounter at a windswept Sixmilebridge against a Clare side who needed to win to have any chance of reaching the final.

Playing with a very strong wind at their backs, the Banner opened the scoring, but a resilient Cork side kept stuck to the task and in the 19th minute led 0-05 to 0-04. 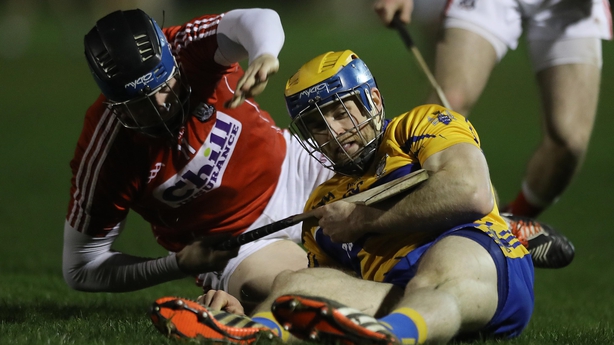 Further scores from Shane Golden, Aaron Cunningham, Cathal O’Connell nudged them ahead by the bare minimum at the interval, 0-09 to 0-08, with Conor Lehane (pictured above) Cork’s most potent forward with four points to his name.

Similar to Cork in the first half, Clare battled gamely against the elements to pick off the first two scores on the resumption before Kieran Kingston’s side rattled of seven of the next nine scores in a scrappy contest to take control of proceedings.

Lehane was the scorer-in-chief, with Cormac Murphy, Daniel Kearney, Shane O’Keeffe and Declan Dalton all getting on the scoreboard as the visitors outscored their hosts 0-11 to 0-06 after the interval.

The Rebels will now take on the Treaty men on Sunday, with a coin toss tomorrow to determine the venue.

Clare's next outing with be against the same opposition when they travel to Páirc Ui Rinn in the opening weekend of the Allianz Hurling League on 11 February.