Stand-in Dublin manager Paul Clarke believes Jack McCaffrey remains the very same player after impressing for club and college ahead of an expected return to the Dublin panel.

The 2015 Footballer of the Year claimed a point in UCD’s two-point O’Byrne Cup victory over the All-Ireland champions at Parnell Park as the Students added to their draw against Wexford last time out.

McCaffrey lined up at centre back as the Sigerson Cup champions lowered the colours of a third-string Dublin side, with Jim Gavin’s All-Ireland winning panel and management team currently on a team holiday in Jamaica.

The 23-year-old opted out of inter-county commitments last year before travelling to Africa to undergo volunteer work as part of his medical studies, but has made no secret of his desire to return to action.

McCaffrey is expected to link up with the panel for the Allianz League campaign once third level football duties are out of the way and Clarke, who took charge of the Dublin side in Gavin’s absence, says his club form has demonstrated his undoubted ability.

“I have seen him recently playing for his club, he’s still the same,” he told RTÉ Sport

“Jack is a quality footballer.

“His focus at the moment is colleges [football].

“I’m sure when the O’Byrne Cup and Sigerson Cup finish in a couple of weeks’ time, Jim will have a conversation with him and decide whether he makes it back into the senior panel.”

Paul Hudson (below) and substitute Ross Hazley impressed in an unfamiliar Dublin side, but Clarke insisted that Gavin has chosen the panel carefully with an eye to stronger competition for places ahead of the Allianz League.

“Jim picked the panel himself and picked players during club leagues and club championships.

“He wanted them to come together and see could they bond as a team, whether they have an attitude for inter-county football, with the hope that four or five of them could make it into a National League panel .

“If things were good, a couple of them would make it into the championship panel.”

Dublin begin their Allianz League defence away to Cavan on 5 February. 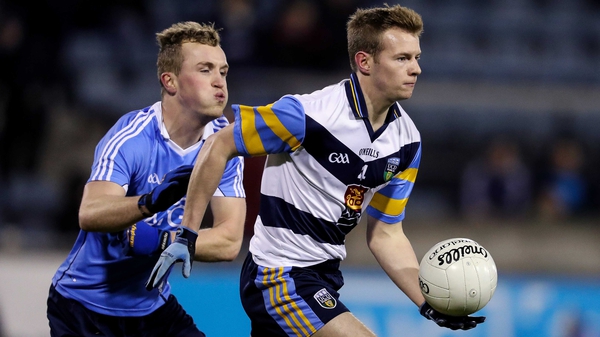