Hurler of the Year Austin Gleeson is thriving in his free role, which inspired Waterford to the All-Ireland semi-final, but the Tramore man believes the key to his personal success was a simple change in his game.

The 21-year-old was in sparkling form for the Déise in his third season at senior level and duly recognised by his peers as the outstanding hurler of 2016, as well as collecting the Young Player of the Year award to go with his first All Star.

Derek McGrath’s side came up agonisingly short in the All-Ireland semi-final to Kilkenny, but the versatile Mount Sion man’s trajectory continues to soar.

He notched six points in the championship opener against Clare and again demonstrated his ability from sideline cuts with two sublime efforts in the heavy Munster final defeat.

The WIT student plundered 1-07 in two matches against the Cats and for all the talk of systems, formations and individual tasks, the eye-catching performances bore down to something quite simple.

“My work-rate was the main thing I worked on,” he told RTÉ Sport.

“It was probably the main aim of the whole team that the level of the work-rate came up from last year.

“Everyone upped it and it showed. Two or three days after games you would still be sore. In previous years it might have been a quick recovery.

“Before it was only cramps [after matches], this year everyone was feeling their whole body.

“We have the hurlers, so hopefully the work-rate is upped again for next year.” 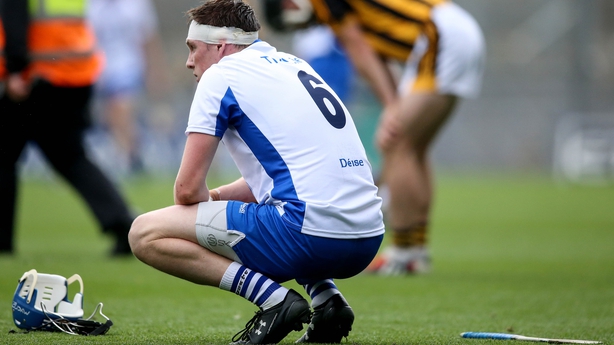 Pictured above: A dejected Gleeson following the All-Ireland semi-final defeat to Kilkenny

The role of Gleeson, and his most effective position, continues to be a popular topic of discussion.

He has predominantly manned the centre-forward position over the last 12 months, but has appeared in numerous positions since breaking into the team.

McGrath has afforded Gleeson licence to roam in attack, and a return of 1-17 in the Championship would indicate that he has thrived on the 40.

So how has the player settled into his new environment as the focal point of the attack?

“It was more just getting used to your job,” he said.

“I was just growing into the role and playing with the freedom that we were allowed.”

The year will be remembered as bittersweet for Gleeson, the collections of personal accolades offset by a Munster final drubbing and a near-miss against neighbours Kilkenny.

Pressed to pick out a personal highlight, it came back in March and a thrilling National League win over Tipperary in Thurles.

With the game poised to end level, Gleeson drove over a 100-metre free with the last puck of the game to continue their unbeaten run and also boost confidence within the camp.

Gleeson concedes that while the free itself was somewhat fortuitous, but the impact was long-lasting.

“It was just so close. To get it [the win] with the last puck of the game...even though if you look back on it, it was actually me that fouled Philip [Mahony]. 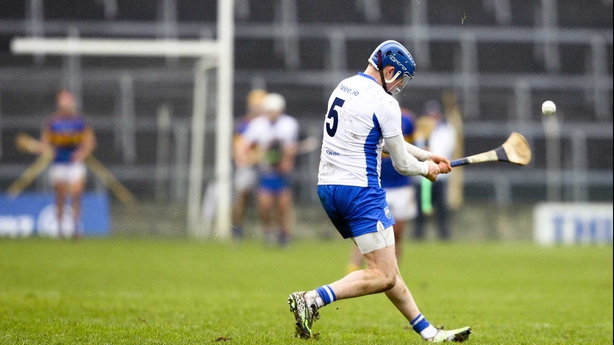 “That was probably the one game that we were saying, ‘We’ve a right chance here’.

“It was a huge boost for us. We beat the Kilkenny and Tipperary, the two All-Ireland finalists from the previous year in two of the first three games, so that was huge.

And now already the focus turns to 2017.

Like most players who have been in his position, the personal awards would be traded in a heartbeat for the big prize.

Collective training is on the horizon, gym programmes are to be adhered to and the break is shortening.

Gleeson wouldn’t have it any other way.

Austin Gleeson was speaking at the launch of the 2016GAA/GPA Opel All-Stars jersey, which will continue to support the Childhood Cancer Foundation. The newly designed jerseys are now on sale from O’Neills. 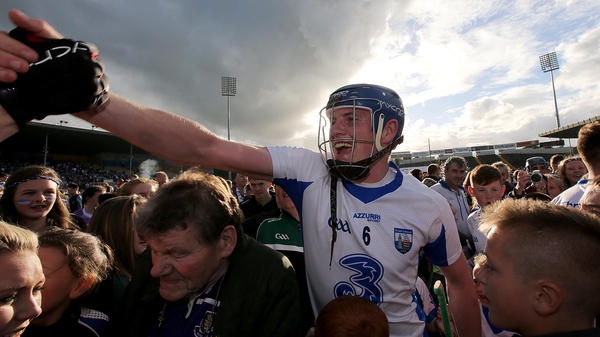