Austin Gleeson slammed over a sensational long-range winner to preserve Waterford’s 100% record in Division 1A of the Allianz Hurling League as the visitors saw off Tipperary by 1-18 to 1-17 at Semple Stadium.

The hosts looked to have snatched a win in the 68th minute when John McGrath banged home a lead goal at Semple Stadium but late frees from Curran and Gleeson sealed a one-point victory for the Déise.

Gleeson struck from 100 metres into the Killinan End goal as Derek McGrath’s league champions made it three wins from three so far this year.

And remarkably, they have now won 10 league matches on the trot, a run stretching back to last season.

Derek McGrath’s Waterford were five points down – 0-09 to 0-14 – early in the second half but then hit 1-04 without reply to turn the game on its head.

Waterford held that lead until the 68th minute before John McGrath banged home a superb goal, created by sub Kieran Bergin, to hand Tipp a 1-17 to 1-16 lead.

But Tipp, just like their previous outing against Kilkenny, contrived to throw it away in the closing minutes as Waterford came back at them.

And history repeated itself again to an extent as Tipp, who lined out without hamstrung forward Seamus Callanan, saw good goal chances go begging.

Patrick ‘Bonner’ Maher forced a brilliant save from Stephen O’Keeffe in the first half and sub Niall O’Meara went desperately close with 12 minutes left – a minute before sub Tom Devine netted for Waterford.

Those misses proved costly as Waterford hung in grimly before getting the job done late on.

Patrick Curran hit his ninth point of the game, and seventh free, to level it up before Gleeson had the final say.

Losing another tight game in this manner is a fresh psychological blow for Tipp but Waterford go marching on.

Devine’s 59th-minute goal nudged them ahead for the first time since Gleeson’s opening point and they were still standing at full-time following a breathless finish.

Tipp led by 0-12 to 0-08 at half-time, having scored five of the last six points on offer in the opening half, but were lucky that leading scorer John O’Dwyer remained on the field in the 20th minute.

O’Dwyer, who contributed 0-11, pulled wildly across the shins of Jake Dillon but match referee Colm Lyons opted for a yellow card.

Waterford boss Derek McGrath may have claimed this week that Tipp are “four to five years” ahead of Waterford in terms of overall development but you wouldn’t have thought that on the evidence of today’s display, as his charges dug out a precious win in front of 6,540 spectators. 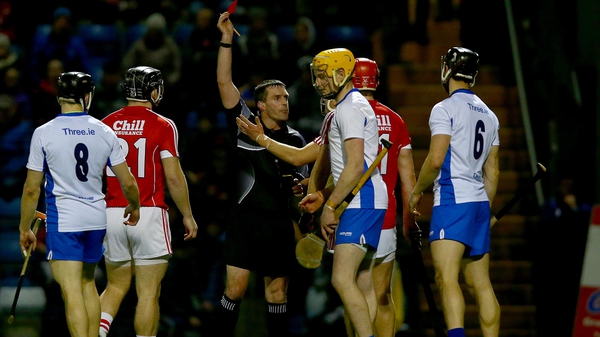