Jackie Tyrrell, who today announced his inter-county retirement, admitted he expected to come off the bench for Kilkenny during their All-Ireland final defeat to Tipperary.

The 34-year-old struggled with injury over the last two seasons but was part of the panel for the 2-29-2-20 defeat in September.

And while he never made it on to the pitch during the final, Tyrrell, when asked, admitted he expected a call as Kilkenny surrendered their crown to a second-half onslaught by the old enemy.

The corner-back told RTÉ Sport: “Looking back now I would have thought so, yeah the way the game had gone. We were under pressure in defence. But as a whole we weren’t defending as a team and supporting each other, so I felt that changes were going to happen.

“I thought I would have been brought in at some stage, but management obviously thought otherwise and made other changes and unfortunately we didn’t win.

“But it wasn’t about Jackie Tyrrell, it was about Kilkenny trying to win an All-Ireland and unfortunately on the day we met a very strong Tipperary team, who beat us fair and square.

“I felt I was in good shape. Everyone wants to play in the Championship and particularly in Croke Park on All-Ireland final day and I was no different – I would have loved to be out there in the thick of it and the cut and the thrust of it but it wasn’t to be.”

The four-time All Star also revealed he and manager Brian Cody, who he called "the greatest GAA manager of all time", agreed the time for his inter-county retirement was now.

He continued: “Myself and Brian met up and we spoke openly and honestly about where I am at now and where Kilkenny are at and we both decided that now was a good time for me to step away from the inter-county set-up, which I’ve done as of from today.

“I’m really looking forward to going back to my club (James Stephens) now and giving it my all next year.”

Tyrrell won nine All-Irelands, 10 Leinster titles and six Allianz League titles during a glittering career with the Cats, but his stand-out moment was skippering his county to glory in 2006.

He said: “Captaining Kilkenny in 2006 as a young 24-year-old was huge for me and massive for my confidence and meeting my family after that was hugely emotional and meant so much to me. 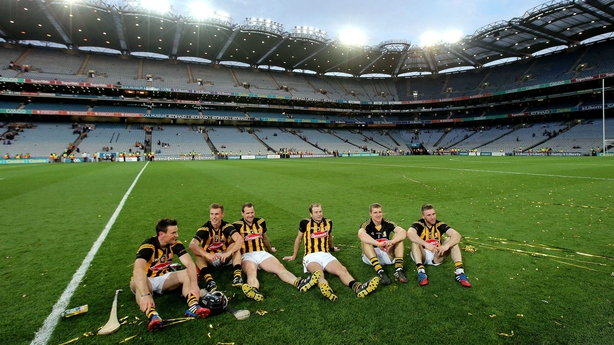 “Also scoring a point from corner back in the All-Ireland in 2009 against Tipperary. It was something I never dreamed of actually happening. It happened so quick and it’s something I look back at and it always gives me a big smile.”

Tyrrell also noted their 2014 replay victory over Tipperary as a cherished memory adding: “There was a lovely moment at the end of that game and we had the Cup.

“Myself and JJ Delaney, Kieran Joyce, Cillian Buckley, Paul Murphy and Eoin Murphy sat down in the middle of the field, took it all in and looked around. There wasn’t a whole lot of words said and I have a photo of it on my phone and I often look at it.

"It was just one of those great, great moments and kind of a perfect moment for us.”