The moment Cillian O’Connor made his senior debut with Mayo in the 2011 Connacht Championship it was clear that he was something special.

Just a few weeks past his 19th birthday, and with a handful of League appearances under his belt, he was thrown in by rookie manager James Horan to bail out a badly sinking ship.

Defeat to Longford the previous summer had spelled the end of John O’Mahony’s second spell in charge and a loss in London would have shoved Horan quickly towards the exit door.

These were desperate times but the teenager delivered. He took over the free-taking duties from Alan Dillon and Andy Moran, who had both struggled with the dead ball, and guided them to a nervy extra-time win in Ruislip.

And since that day the Ballintubber teacher, who has a masters in sports psychology, has been Mayo’s go-to man.

So it was in the drawn All-Ireland final when he showed enormous composure under the most intense of sporting pressures to kick an incredible equalising score and force Saturday’s replay with Dublin at Croke Park.

“That’s why he’s our leader, our captain. He was just coolness personified, put it over the bar,” noted wing-back Lee Keegan about the point that surprised no one. “The leadership Cillian showed towards the end was just huge.”

O’Connor is now 24 years old and has been on the national radar for six seasons, winning Young Footballer of the Year after his first summer at senior level and retaining it 12 months later.

But it was clear to anyone who knew him before then that he was going to go on to great things.

“He was always a leader,” said Tony Duffy, who managed O’Connor with Ballintubber’s seniors and Mayo minors and Under-21s.

“He always behaved and spoke like an adult and he played like a man beyond his years when he was a minor. His approach to getting ready for sessions and games was way beyond the other lads.

“He is unbelievable under pressure - the bigger the occasion, the more likely he is to perform. Everyone looks to him; he sets the standards and his team mates do their damnedest to rise to them.”

O’Connor is one of those rare things amongst really top-class inter-county forwards - he’s almost completely one-sided, taking nearly every shot off his right foot, and not particularly pacy. 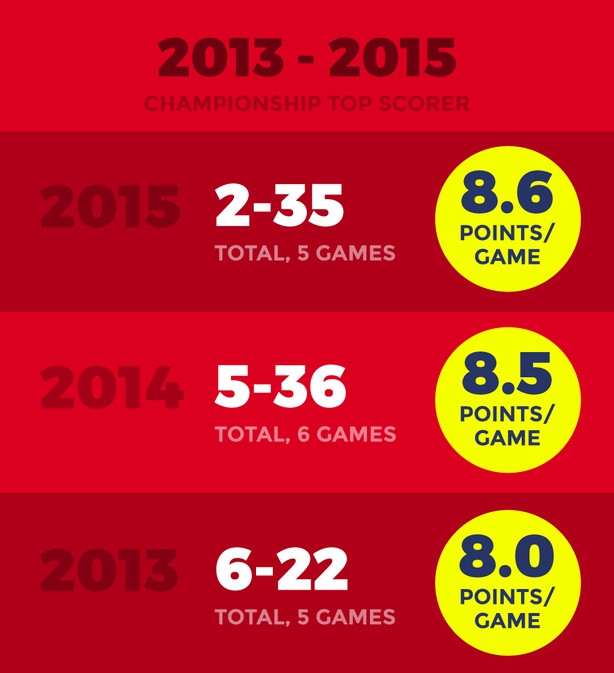 But he more than makes up for any perceived shortcomings in these departments thanks to his shrewd game-management and football know-how.

He also has bulletproof processes when it comes to taking chances and rock-solid self-belief. His conversion rate, particularly with the dead ball, is astonishing and even when he occasionally misses he doesn’t let it bother him.

That’s why he was the ideal man to take on that late chance, nearly seven minutes into injury-time against the Dubs.

Recently retired Donegal defender Eamon McGee marked O’Connor in the 2012 All-Ireland final and was nominated for man of the match. His confidence coming into the ’13 quarter-final against Mayo was understandable, though it proved unfounded as O’Connor took him for 3-4.

“You look at him and he’s not that tall, you think ‘this lad hasn’t great pace’ and he’s mostly right footed - that’s all the boxes ticked for me,” explained McGee.

“After 2012 I thought I had the advantage but he clearly said in 2013 that this was going to be his day and he gave me one of the bigger roastings that I got.

“As a defender you watch hours of video - I know that I’m probably quicker than Cillian and that he’s going to kick with his right, but he still manages to run out on the loop, get the ball and get his shot off.

“He uses his body just a second before the ball arrives to give the defender a nudge, not get caught, and win the ball. A lot of that is down to his football intelligence - he’s an extremely intelligent player.” 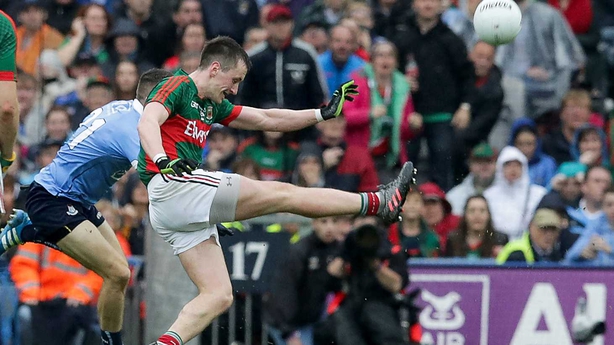 For any manager, O’Connor is a model player. But he’s no angel either - he has the aggression levels required of the modern inter-county footballer on the field and he isn’t afraid to take one for the team.

He’s seen straight red cards before, he’s already picked up a black card in this year’s Championship and when he dragged down Dublin’s Darren Daly deep into injury-time in the drawn game he knew what he was risking. He was fortunate that referee Conor Lane kept his book in his pocket.

He was part of the Mayo team that lost the 2009 All-Ireland minor final to Armagh and he also lost Sam Maguire deciders to Donegal in 2012 and Dublin in ’13.

There were gut wrenching semi-final replay defeats to Kerry and Dublin the following two years and this week he is getting ready for an All-Ireland final replay.

He has the All Stars, the individual awards and the provincial medals. All that is missing now is the Celtic Cross. You can be sure that O’Connor believes 100 per cent that he’s going to complete the collection this evening.