The All-Ireland champions eased into the last four with a 1-15 to 1-10 dismissal of Donegal on Saturday, but there were a number of flashpoints in a bad-tempered affair.

Jim Gavin called for referees to protect his side more in the wake of that victory, which saw his side end the game with 12 players after both Connolly and Eoghan O'Gara were sent off and Brian Fenton was black-carded by referee Ciaran Brannagan.

Ó Sé said there's a growing trend of the games best players coming in for some rough treatment, and echoed Gavin's belief that star forward Connolly is singled out.

"It was a very niggly game from start to finish, there was a lot of history here," Kerryman Ó Sé said on The Sunday Game.

"There has been a lot of talk about Connolly. I think Connolly is being targeted; I think he is targeted before games.

"I think fellas are picking at him and the Aidan O'Sheas, the Michael Murphys, the Sean Kavanaghs, the marquee players [are being targeted]. This is coming into our game a little bit."

"Michael Murphy - He comes in with the closed fist and catches him dead on the jaw. Fenton could have been going down. I don't think Michael Murphy went in there thinking, 'I'm going to hit this guy on the head', but the way he tackled with a closed fist was very very high. He could have easily got a red card for that.

"I think it's farcical; I think it should be overturned. Eoghan O'Gara is an easy target any time he comes in. It was handbags stuff. It's no worse than pushing or shoving a fella back."

In the aftermath of their Leinster FInal defeat by Dublin, Westmeath manager Tom Cribbin admitted his team targeted the talented St. Vincent's forward, who was yellow carded after reacting to provocation on the pitch. 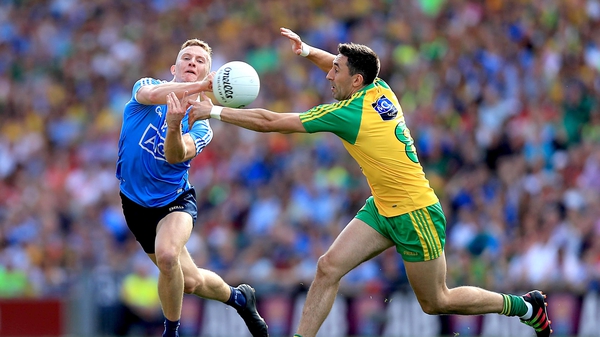 As it happened: Dublin and Mayo reach semi-finals