Tipperary hero Conor Sweeney has labelled the Premier County's progress to a first All-Ireland semi-final in 81 years as "the stuff of dreams".

The 26-year-old forward grabbed a pair of second-half goals in addition to two points as Tipperary ran Galway ragged in a 3-13 to 1-10 triumph at Croke Park, the latest step in a fairy tale summer for Liam Kearns' Division 3 underdogs.

"It's small crowd and that's a pity, but I hope the Tipperary public will get behind them now because these boys deserve it" - Liam Kearns

"It's unbelievable, words can't describe what it means to be in an All-Ireland semi-final for the first time," Sweeney told RTÉ Sport.

"It's the stuff of dreams, but we've been dreaming all year and we knew the belief in the lads, and in the squad, and thankfully we showed it today."

Galway withstood Tipp's initial onslaught and fought back with a brilliant Damien Comer goal to cut the margin to three just before half-time, but the Munster finalists refused to be cowed and continued their thrilling brand of football after the break, with Sweeney to the fore.

"Galway were always going to have their purple patch and I think that was the only time they really threatened," he said. "We knew if we could just keep it to that one goal we'd be in with a shout.

"We've known from the past that we've been in that position and taken the foot off the pedal but today we didn't.

"We drove on and we should have got more scores in the end, that's something to work on for the next day. I think we went 10 or 15 minutes without a score and that won't be good enough the next day." 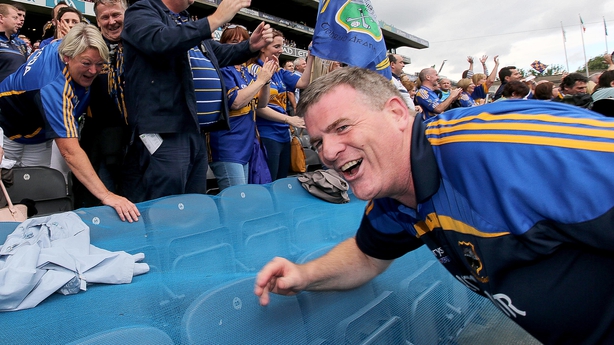 Tyrone or Mayo await in the last four and manager Kearns called on Tipp supporters to get behind their footballers after an underwhelming crowd attended today's quarter-final double header.

"It's small crowd and that's a pity, but I hope the Tipperary public will get behind them now because these boys deserve it," Kearns said. "They are a really good football team putting in a massive effort on behalf of Tipperary.

"They played serious football out there and there can be nobody who can have any quibble with the result."

"There's been a load of work done at underage in Tipperary and it continues to be done. It's fantastic work and they're producing good young players and that's the bottom line.

"I never had any doubt that we could do something with them once we got the commitment."

Kearns has clearly been playing the respect card with his players behind closed doors, having mentioned it in the wake of their qualifier win over Derry and again this evening, although playing Championship football into late August should ensure they get the attention their performances have merited.

"It's fantastic. I'm just so delighted for the lads," Kearns said. "They played serious football out there and there can be nobody who can have any quibble with the result.

"Hopefully now they'll get the respect they deserve, because we don't feel we've got it so far. This is a serious football team with serious players.

"They were all excellent, top class. We just had a really good day. Everybody performed, and when you get that you get results like this." 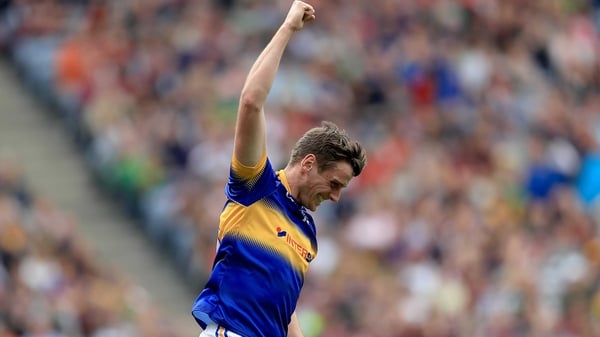