Maybe it's the type of performance you need ahead of a date with Tyrone in next weekend's All-Ireland SFC quarter-final.

Mayo set up a date with the Red Hand after a 3-15 to 1-14 victory over Westmeath, but they had to withstand a strong rally from the Lake County at Croke Park in the second half and all told found the going tough in that period.

Not surprisingly, Mayo defender Lee Keegan accepts the side have much to ponder before they meet Mickey Harte's side back at GAA HQ.

Speaking to RTÉ Sport, he said: "We put in quite a convincing first half, but we need to review what we did wrong in the second half," he said.

A win is a win but we were disappointed with that second-half performance.

"We let them take the initiative and they came at us from all angles. We pride ourselves on being a 70-minute team.

"We have plenty to work on heading into the quarter-final but we are where we want to be. That's the main thing."

Looking ahead to the Tyrone assignment, the Westport man added: "We are not going to underestimate the challenge from Tyrone. They are Ulster champions, have come through a tough campaign, and have fresh, young lads coming through

"That said, we're looking forward to what will be a huge test next weekend. We are where want to be. We're in a quarter-final and anything can happen." 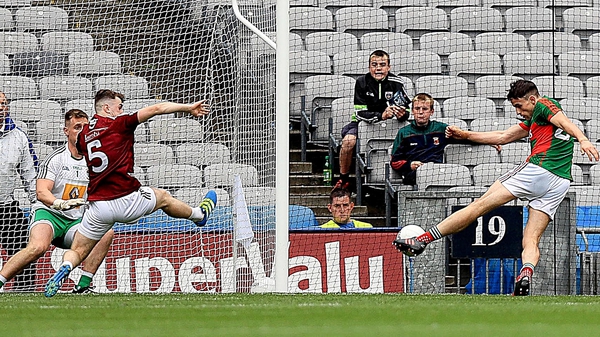