Mayo survived a scare before getting the better of Westmeath by 3-15 to 1-14 to book their place in the All-Ireland quarter-finals for a sixth successive season.

Stephen Rochford’s side looked set for a comfortable victory after opening out a 12 points lead, but found the going tough when the Lake men threw everything into attack and ran at them.

Jason Doherty and Cillian O’Connor (pen) fired in first half goals, before James Dolan hit the net for Westmeath, who got back to within three points, before Aidan O’Shea sealed it with a late strike.

Mayo suffered a pre-match blow with the loss of in-form attacker Diarmuid O’Connor to injury, and they fell behind to an early John Heslin free.

The westerners struggled to break down a packed Lakeland defence operating with a double sweeper, and it wasn’t until the 11th minute that Aidan O’Shea won the free that Evan Regan converted for their opening score.

A careless pass from Callum McCormack was intercepted by Kevin McLoughlin, who sent Andy Moran in to cancel out Heslin’s second free,

McCormack’s hard work in tracking back helped the Leinster men out of a couple of tricky situations, but there was nothing they could do to prevent Cillian O’Connor from steering over a classy point from a tight angle as the men from the western seaboard went ahead for the first time at the end of the opening quarter.

And they struck a major blow on the 24th minute when Donal Vaughan slipped a pass inside for Jsaon Doherty to rifle home a goal.

Patrick Durcan followed up with a long range score, and suddenly six points separated the sides. 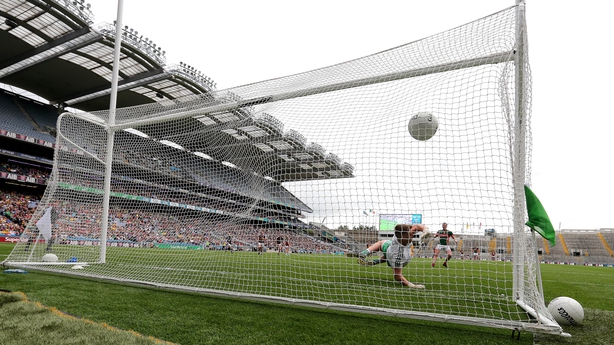 Mayo stepped up the intensity, and were virtually out of sight by half-time. Goalkeeper Darren Quinn conceded a penalty by over-carrying in the small square, with O’Connor drilling home the kick, to add to a trio of handsome points he had already claimed.

But they were caught on the breakaway by James Dolan, who broke through for a goal, and Kieran Martin could have added a second, but for a stumble, moments later.

Mayo led by 2-10 to 1-5 at the halfway stage, but strangely, their momentum dropped and Westmeath were able to exploit huge gaps in their defence with strong running and support play.

Dolan and Francis Boyle fired over points and Heslin knocked over another couple of frees.

Even when O’Connor and Doherty found the target at the other end, the Leinster men were able to counter for points from Heslin and Kieran Martin.

And some solid defending from Kevin Maguire, Killian Daly and Dolan stopped the westerners in their tracks.

It was Martin’s excellent score that narrowed the gap to three with ten minutes to play, but they lived dangerously at the back, with Cillian O’Connor sending a first-time shot against a post, before Aidan O’Shea struck the crossbar with a fisted effort.

The dismissal of Denis Corroon for a second booking in the 63rd minute robbed Westmeath of some of their momentum, and their brave challenge was ended by O’Shea’s late goal. 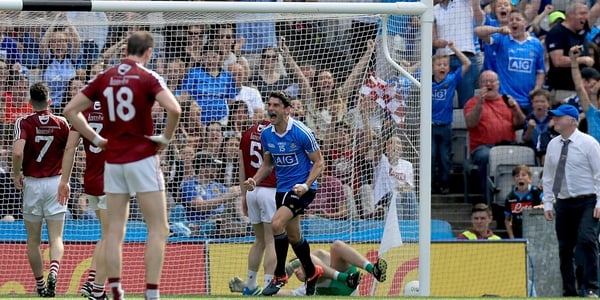 Boys in Blue cruise to another Leinster title at Croke Park