Inspirational Waterford captain Kevin Moran said he's ready for a crack at the Cats after his side marched into the All-Ireland SHC semi-finals on Sunday.

The Déise gave themselves a shot at revenge with a comfortable 0-21 to 0-11 win against Wexford at Semple Stadium.

They face Brian Cody's All-Ireland champions at Croke Park in two weeks' time, 12 months on from their defeat to the Cats at the same stage.

“You want to have a crack at the All-Ireland champions, and that’s what we’ll do,” Moran told RTÉ Sport.

“It was a big prize on offer, to get to Croke Park and have a crack against Kilkenny. We’re over the moon to get over Wexford - it was a tough battle - and to put away the demons of what happened in the Munster final."

Waterford had to dust themselves down after a calamitous Munster final defeat to Tipperary.

They simply never showed up in a 5-19 to 0-13 hammering, and Moran admitted they could barely wait for the chance to gain some redemption.

“It was a tough couple of weeks," he said. "We had to get ourselves focused straight away for an All-Ireland quarter-final. Thankfully we hit the ground running and got over the line in the end.

“We hit a few wides but we were trying to do the right things and we ran out winners in the end. It was a tough encounter for the 70 minutes and the result is the main thing at the end of the day.

"It’s a huge day for us in two weeks’ time, that’s where we want to be. We’re through." 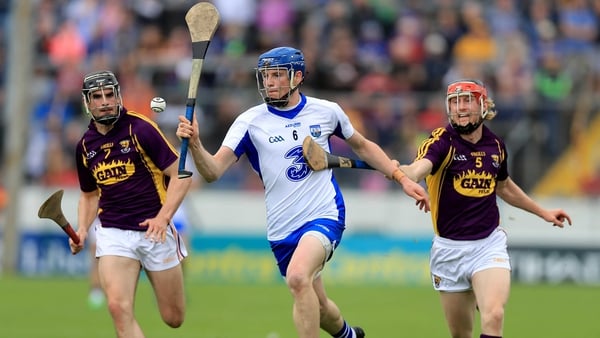