Former All-Ireland-winning Wexford half-back Larry O'Gorman has been blown away by his county's change of fortunes this championship, and said the Model men are playing with their heads held high.

Liam Dunne's charges head for Thurles on Sunday 70 minutes from an All-Ireland semi-final as they look to inflict a fatal blow on a wounded Waterford.

The Déise were thumped by Tipperary in the Munster final two weeks ago, while Wexford earned a first championship win over Cork since 1956 to book their place in the last eight. Their tails are up.

“It’s very strange," O'Gorman told RTÉ 2fm's Game On. "I was down in Rosslare, a beautiful part of the country with the sun splitting the trees, and I met a guy selling strawberries.

"I said ‘how are your strawberries going?’. He said, ‘Larry, nine or ten weeks ago they weren’t great. Now they’re like the Wexford hurlers – they’re flying off the shelf!’"

It's been an incredible turnaround for Wexford. They were pulled apart by Dublin in the Leinster SHC quarter-final in mid-May and things looked bleak.

With mounting injuries, absentees and morale rock bottom, most expected a short, painful summer, but victories over Offaly and the Rebels have completely transformed the mood.

“Liam Dunne had the knives in his back. No one gave them any hope," added O'Gorman, part of the Wexford team who famously captured Liam McCarthy 20 years ago against Limerick.

"The players around him were reading into this and that can easily get caught up in players’ minds. But they had a good meeting among themselves and they said, ‘look lads, we’ll give it one hell of a shot. Whatever happens at the end of the year we’ll all go out with our heads held high'.

"That could come back to haunt us but at the present moment we are hurling with our heads up and that’s a great thing." 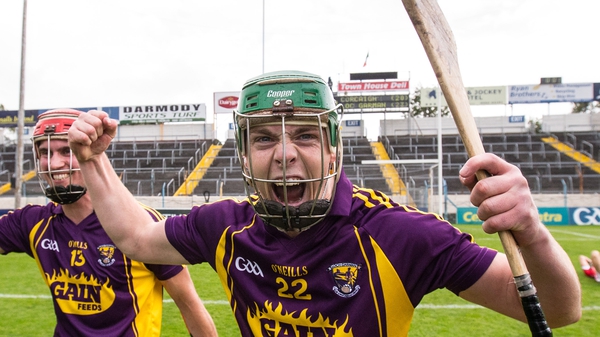