Diarmuid O’Connor shone brightly at MacHale Park as Mayo reached Round 4B of the SFC qualifiers and easily accounted for Kildare.

After a bright start was chalked out by a good Kildare comeback, Mayo blitzed their visitors with goals from Evan Regan and the younger of the O’Connor brothers before the break to earn a second qualifier win of the summer.

In total Diarmuid O’Connor kicked 1-05 from play for Mayo, and upstaged his sibling Cillian. He bagged a couple of frees for Stephen Rochford’s side, who will face one of the losing finalists from tomorrow’s Ulster and Leinster deciders.

Villain last week Aidan O’Shea put in a strong showing for his side, and even played the last 30 minutes at full-back after Kevin Keane went off with a shoulder injury.

Despite a five-point win over Fermanagh last weekend, many had questioned the credentials of Rochford’s forces following their defeat to Galway in the Connacht semi-final. 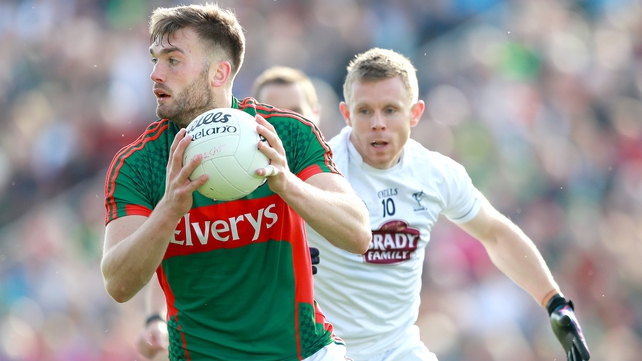 Mayo had won the previous five Connacht titles, and when they trailed by 1-10 to 1-04 at half-time against Fermanagh it looked as though they were on their way out of the championship.

But they fought back there, and back in MacHale Park they never looked in trouble after the double strike before the interval.

Mayo made a bright start to the game and two fantastic efforts from Diarmuid O’Connor gave them a 0-02 to 0-00 lead after four minutes.

Cillian O’Connor scored a free and then the reigning Young Player of the Year slotted his third point of the half as Mayo piled on the pressure.

Cathal McNally scored Kildare’s first point in the eighth minute, but that was cancelled out by Cillian O’Connor’s second point from a free. However Mayo didn’t score in the next eight minutes.

Both teams missed scoring opportunities from frees, but Regan was on target in the 26th minute, and he followed that point up with his goal three minutes later. Andy Moran’s shot was blocked, but he got to the rebound, and Regan added to it for the goal.

He scored another point and then Diarmuid O’Connor scored an amazing individual effort, when he picked up the ball from his brother Cillian, advanced forward and danced past the Kildare rearguard before he toe-poked under the advancing Mark Donnellan.

Mayo led 2-09 to 0-05 at half-time, and despite a free from Flynn in the first minute after the break the never kicked on and points from Keith Higgins and Diarmuid O’Connor meant they always maintained their half-time cushion. 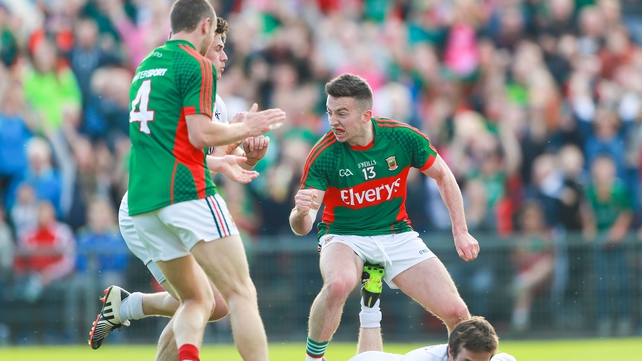 Sub Alan Smith had a goal chance ten minutes into the half, but his shot on the turn was well smothered by three Mayo defenders, which epitomised their effort on the day.

Regan and Diarmuid O’Connor continued to score with ease for Mayo as they stretched their lead out to 11 points, although a scoreless 15 minutes saw Kildare close the gap to seven.

But Rochford emptied the bench and points from Jason Doherty, Alan Freeman and Conor O’Shea saw Mayo to the easy win and into Monday’s draw. 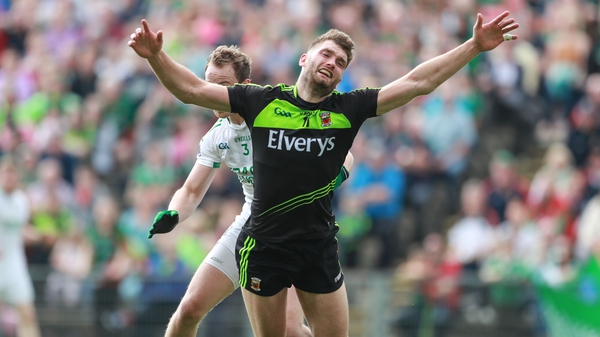 Cian Ward: There are no morals in competitive sport