There has been widespread reaction to the decision by referee Joe McQuillan to award Mayo a penalty after O’Shea fell in the area with minimal contact from Fermanagh defender Che Cullen.

It proved to be a key moment in the game as captain Cillian O’Connor converted from the spot to turn a one-point deficit into a lead and help Stephen Rochford's side progress to the third round of the qualifiers.

Fermanagh manager Pete McGrath was adamant post-match it was simulation on the part of the Breaffy man.

"That was a dive, that was absolutely and totally a dive. How can a man go to the ground like that with the minimum amount of contact?” he said.

The Sunday Game analyst Pat Spillane agreed it was a “clear dive” and added the two-time All Star “cheated” the referee.

While there has been condemnation on social media over the incident, speaking to The Jones’ Road podcast, Ward says it simply illustrates the ‘win-at-all-costs’ mentality within the GAA.

The former Meath forward admitted it was a “poor decision” by the referee and the turning point in a game that Mayo struggled to control, but doesn’t agree with the criticism of O’Shea.

“There’s a lot been said about Aidan O’Shea and that he might regret it, why would he regret it? It happens in every game,” he told listeners.

“Is there any difference between a corner back pulling a forward’s jersey and getting away with it or a forward exaggerating a getting a free in? I don’t think there’s any difference.

“There are no morals in competitive sport.”

Speaking on 2fm’s Game On programme, Bernard Flynn argues that referees must be assisted by more capable match officials and take a harder stance on the growing issue.

The two-time All-Ireland winner conceded that during his own playing days he would attempt to win frees – “You do what you have to do. It’s about winning” – but feels on reflection, O’Shea will not be happy with himself regarding the level of exaggeration displayed in Castlebar.

“It was a complete dive,” he said.

“A dive to that extent I haven’t seen from too many Gaelic footballers.”

“There was about four or five dives from Aidan during the game and that was the worst one. 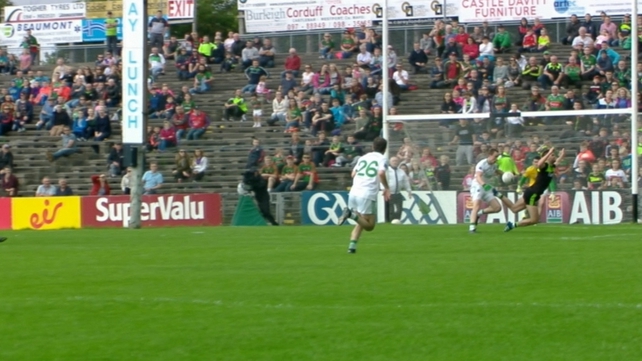 Flynn feels, however, that match officials have a lot to answer for. He has spoken regularly about the need to introduce video technology and believes the standard of match officials is simply not good enough.

“The referee’s performance was the biggest problem.

“It was a massive decision that was badly wrong.” 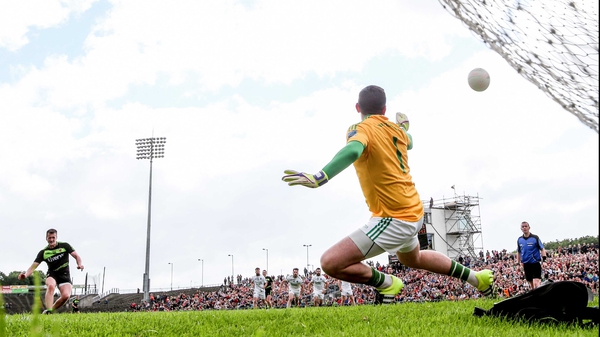