Tipperary's Under-21s completed an incredible week for the Premier County's hurlers when they dethroned All-Ireland champions Limerick in a Munster semi-final at Semple Stadium.

Tipp, who came into the game as underdogs against the defending champions, captured the provincial minor and senior titles at the weekend and this win means the clean sweep is still on.

Tipperary will now take on Waterford, who destroyed Clare in their semi-final on Wednesday night, in the decider on Wednesday, July 27 at Walsh Park.

Limerick had a late chance to force extra-time, but Ronan Lynch drove his free from the edge of the exclusion zone just over the crossbar.

"We were really hurt by the favouritism that Limerick were given in the bookies and that really drove us on," said Tipp's man of the match Paul Maher afterwards.

Goals either side of half-time proved vital for the winners, Andrew Coffey and Ronan Teehan raising the green flag.

Teehan's strike put them five up, but the game was thrown into the melting pot again when Limerick's Darragh O'Donovan pulled back a goal almost immediately.

Tipp actually trailed by 0-8 to 1-4 at the break so Coffey's goal was vital. They took the lead during the third quarter and never looked back. 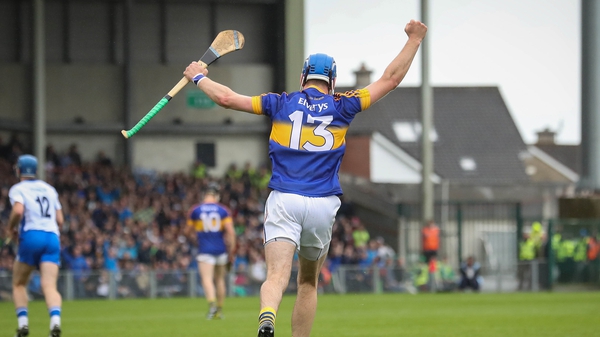