Colm Cooper's participation in the All-Ireland quarter-finals is in jeopardy after the Kerryman reportedly suffered a dislocated collarbone in Sunday's Kingdom's Munster final win over Tipperary.

The eight-time All-Star was replaced in the 20th minute by Michael Geaney but Kerry manager Eamonn Fitzmaurice suggested after the game that the injury wasn't serious .

However, the Gooch's former Kerry team-mate Sean O'Sullivan, told RTÉ GAA Podcast Jones' Road that the 33-year-old's collarbone had "popped out" and that he was "definitely" out of Kerry's last-eight date on the the weekend of 30/31 July.

"It's not good," O'Sullivan, who won four All-Ireland titles with Kerry, said. "I met Colm after the game yesterday down the town. He was wearing it in a sling.

"His collarbone popped out, his AC (joint). You won't see him for a quarter-final. Definitely not.

"He's going for a scan today. He's hoping (to make) a semi-final I would say.

"Most people in the stadium thought it was a concussion. He got a bad bang about 10 minutes into the game but got up and played on.

"When the physios came in we thought they were looking at his head. They withdrew him straight away, but it subsequently came out that it was his AC."

Kerry will face a Round 4A qualifier winner in the quarter-final at the end of the month, and would play Dublin, Westmeath or a Round 4B winner in a semi-final on 28 August if they advanced to that stage. 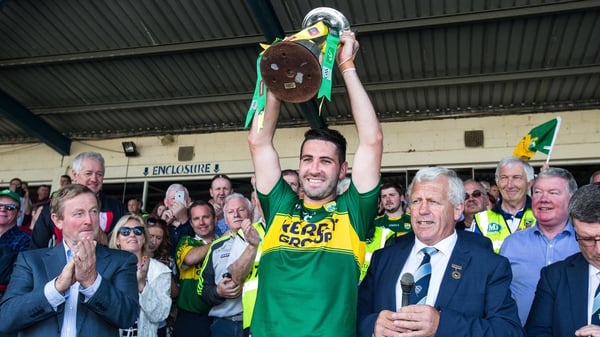 Kerry too strong for Tipperary in Munster final