Richie Hogan's introduction was the catalyst for Kilkenny to turn the corner on a slow start at Croke Park and storm past Galway to a 15th Leinster SHC title under Brian Cody.

The back-to-back All-Ireland champions trailed by three at half-time but introduced Hogan after a hand injury and his five points and generally inspirational display was vital.

Jonjo Farrell also built on his 1-5 haul against Dublin last time out with another 1-4 to help keep the Bob O'Keeffe on Noreside for another year.

Kilkenny outscored Galway by 1-16 to 0-09 in the second half and piled on the misery for Micheal Donoghue's side who were also beaten by the men in black and amber in last year's provincial and All-Ireland deciders.

John Power came on at half-time for Kilkenny and had a big impact too while Cillian Buckley, Conor Fogarty and TJ Reid, who hit 10 points in total, were all excellent.

Kilkenny's reward is a return to the All-Ireland semi-finals while Galway still have the opportunity to redeem themselves in the quarter-finals. 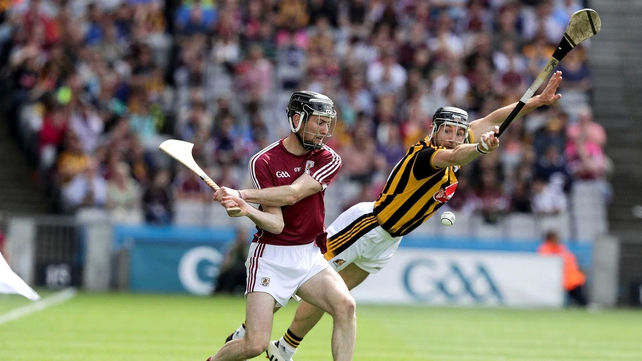 Brian Cody's Kilkenny were under real pressure initially and led for just a two-minute spell in the first-half at 0-06 to 0-05.

It was tense and tactical with Galway happy to forsake men in attack in order to stifle the play in the middle third and secure possession.

When they did win it back, they had a reliable outlet in Cathal Mannion who helped himself to four first-half points.

Joe Canning was held from open play in the game though converted four first-half frees and set up a score for Mannion.

Conor Whelan and Joseph Cooney weighed in with two points apiece and Galway were full value for their 0-13 to 0-10 half-time lead.

That was almost the exact scoreline at half-time of last year's All-Ireland final when Galway were similarly three up.

Kilkenny famously fought back on that occasion and also freed themselves from a sticky situation against Dublin last time out to burn off the Sky Blues with 1-8 on the trot after the restart. 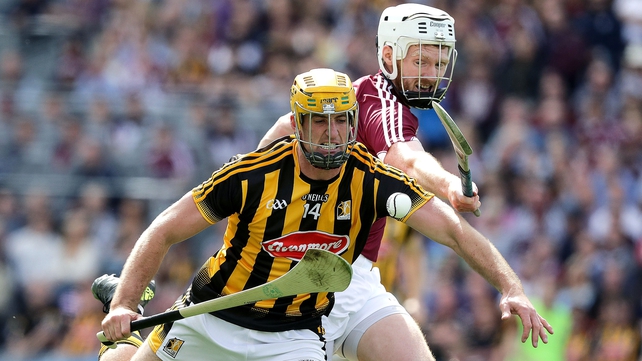 But they required significant improvement all the same with just five points from open play in the first-half. Colin Fennelly and Lester Ryan did have half chances for goals though Fennelly pulled his one handed effort wide and Ryan's was blocked for a 65.

The expectation was that Kilkenny would return a different team in the second-half and they duly obliged, fighting back to level terms by the 45th minute.

The introduction of Hogan and Power was vital while Farrell's goal, a scuffed shot from close range, tied it up at 1-13 to 0-16.

Kilkenny had all the momentum now and pushed on in the final quarter with a succession of points. Michael Fennelly came strongly into the game and scored a point while Reid and Hogan continued to find the target with relative ease.

Galway looked a broken side in the closing minutes and went for goals in a vain attempt to rescue the game but Canning's 72nd minute shot into the side netting was as close as they came. 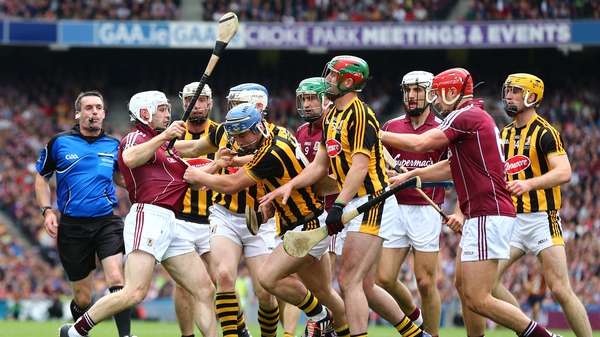 Galway's credentials on the line against Kilkenny in Leinster final