By Jackie Cahill at Wexford Park

The GAA avoided another major embarrassment this afternoon as Wexford booked their place in the next round of All-Ireland SHC qualifiers.

Wexford goalkeeper Mark Fanning had a goal wrongly chalked off in the first half against Offaly, when his brilliant penalty struck the back stanchion before rebounding out.

To the naked eye, it appeared as if the ball had rebounded back into play off the angle of upright and post but television replays confirmed that it was a goal. 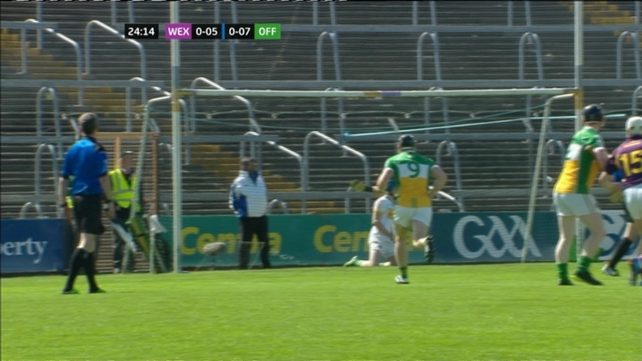 A narrow defeat for Wexford could have resulted in more boardroom wranglings, a scenario Croke Park chiefs are desperate to avoid following the recent Christy Ring Cup final saga.

But Wexford, playing at home in front of 3,100 spectators, did more than enough to put themselves within 70 minutes of a potential All-Ireland quarter-final appearance.

Paul Morris scored a crucial goal early in the second half and that set Wexford on the way to a comfortable win, as the hosts recovered from falling five points down in the first half to advance.

Offaly, who managed a consolation goal from sub Oisín Kelly in stoppage time, had David King dismissed in the final minute for a second bookable offence.

Wexford had 0-11 on the day from Conor McDonald, including eight frees, as Lee Chin produced an excellent display on his return from injury. 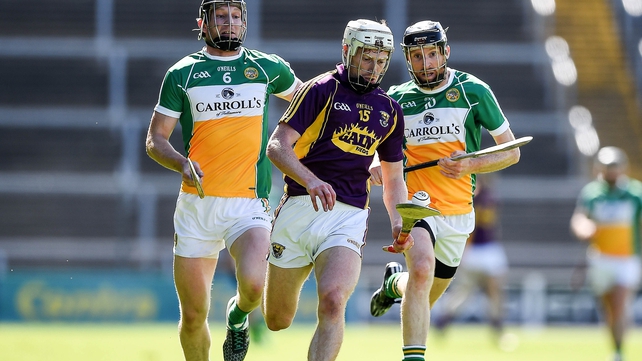 Podge Doran also chipped in with four points from play for the winners, with Diarmuid O’Keeffe landing a couple from wing-back.

Offaly were flat, desperately flat, as they limped tamely out of the championship.

They won well on their previous victory to Innovate Wexford Park, in the Allianz League, but the hosts were up for this one, and performed well once they settled into the game.

Wexford were 0-02 to 0-07 down by the 18th minute, however, before working their way back into contention.

Crucially, and having played against the breeze, they were just two points down at the break – 0-07 to 0-09 – before roaring out of the blocks after the restart.

Liam Óg McGovern rammed over a point after just ten seconds and Morris netted in the 37th minute.

Jack O’Connor’s long ball towards the Offaly goalmouth caused havoc and when the ball spilled loose to Morris, he whipped it home from close range.

From there until the finish, it was a virtual procession for Wexford, who had seven different scorers on the day.

Thankfully, that Fanning penalty ‘goal’, and memories of the disappointing Leinster SHC defeat to Dublin, can be quickly consigned to the memory bank from a Wexford perspective.

Rather than preparing for a possible trip to the boardroom, they’ll dust themselves down before going again next Saturday. 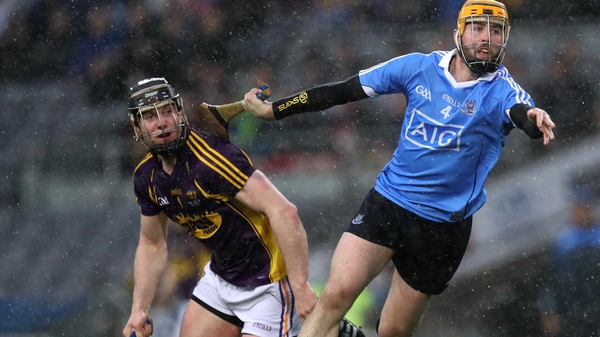