David Treacy led the scoring again for Dublin as the 2013 Leinster champions cruised through to a glamour provincial semi-final clash with All-Ireland champions Kilkenny.

Free-taker Treacy fired eight points and had a strong game at Croke Park while Eamonn Dillon and Darragh O'Connell nailed the first-half goals that set the Dubs on their way.

Captain Liam Rushe excelled in a defence that conceded just a dozen points and only seven of those came from open play.

It was poor from Wexford who operated in Division 1B of the Allianz league and the gulf in class was apparent as Division 1A outfit Dublin dominated virtually from the off.

Ryan O'Dwyer came on as a second-half substitute too and scored a point in an emotional return to action having not featured since suffering head injuries in an assault in the UK last October.

He will come into the picture for a starting place against the three-in-a-row chasing Liam MacCarthy holders Kilkenny in Portlaoise on 11 June.

Heavy rain fell throughout the encounter in front of 13,066 but the conditions didn't stop Dublin from opening up with some excellent play at times.

Ger Cunningham's side carved out four good goal chances in the first-half alone, taking two of them. 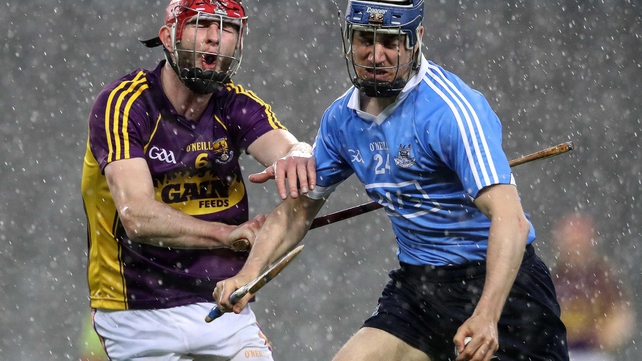 Dillon dispatched the first with a trademark burst of pace through the centre of Wexford's defence before cleverly shortening the hurl under pressure and batting in from close range.

That strike put Dublin 1-04 to 0-05 ahead after 17 minutes and had the effect of a pin prick to Wexford's ballooning hopes after a bright start.

Dublin grew in confidence from there and used their momentum to open up a double scores lead by half-time, 2-10 to 0-08.

They were full value for the lead because they attacked Wexford with pace and purpose in the second quarter of the game. Treacy was denied a goal after a probing run and Daire Plunkett's shot soon after was weak and easily saved.

But it was only a matter of time before Dublin raised another green flag and O'Connell duly hit the net just before half-time.

The Kerry native was superbly fed by Mark Schutte who used his power to field Dillon's ball in and then lay it off to the onrushing midfielder who finished low to the net.

Treacy signed off on the first-half with six points, all from frees, but was influential in general play as Dublin outscored Wexford by 2-06 to 0-03 in the 20 minutes or so before the break.

Wexford hit four points in the first 15 minutes of the second-half to leave just six points between the sides, 2-12 to 0-12.

But that was as good as it got for Wexford who failed to raise any sort of spark and didn't score from the 52nd minute onwards.

Dublin, in contrast, closed out the game with six points on the spin to seal a deserved 13-point win.

Subs: C Dunbar for Kenny, I Byrne for Morris, E Martin for Moore. 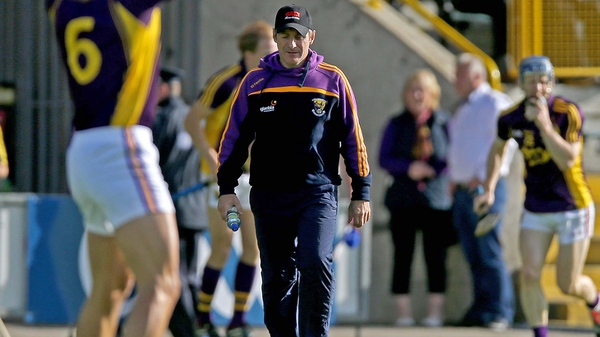