It is 20 years since Wexford last reached since the All-Ireland summit. A glorious triumph that was appreciated far beyond the borders of the Model County.

Since then, success has been at a premium, though the last-gasp win over Kilkenny in the 2004 Leinster semi-final following on from the epic drawn All-Ireland semi-final against Cork the previous summer were moments that inspired their supporters to once again dance at the crossroads.

In more recent times, the defeat of Clare in the qualifiers in 2014 was the spark we thought would see them kick on. However last year was a disappointment, losing heavily to the Cats in Leinster before leaving themselves with too much to do against Cork through the back door.

Wexford's efforts to escape from Division 1B of the League this spring were effectively ended at the first hurdle with a crushing defeat against Limerick.

Redemption of sorts came in the narrow quarter-final defeat against Waterford. That performance prompted hope that the Liam Dunne's charges may be rediscovering the form that took them so far in 2014.

There was no denying that the players gave everything in losing subsequently to Waterford and Dunne believes his troops will have to show the same desire when they take on Dublin in Saturday's Leinster quarter-final at Croke Park.

Speaking further to RTÉ Sport, the All-Ireland winner added: "You have to go there with the intention of taking the game to Dublin. The Dubs are a Division 1A side, a top four or five team in Ireland over the last number of years. We haven't got to that level and that's where we want to be.

“We're striving to get there. This game is about putting the right foot forward and taking it on.”

The fact that the Wexford footballers will also be represented at GAA HQ at the weekend should, according to Dunne, benefit the hurlers.

"It's going to be a big occasion for the supporters to have the footballers (against Kildare) and the hurlers there. The hurlers haven't been there for a number of years, apart from the Walsh Cup at the start of this year.  It's a game we've been looking forward to since last October and we’re gearing ourselves up to be at our best.” 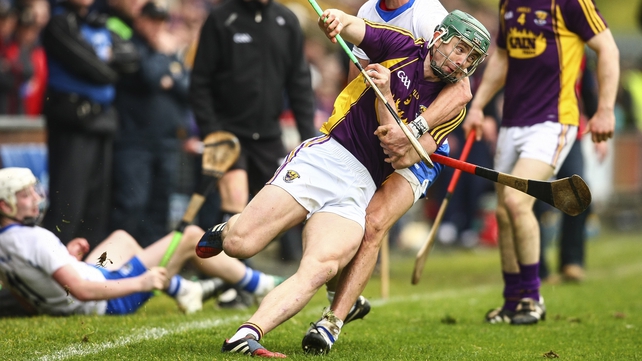 Indeed, prior to the Waterford game, Dunne faced criticism from within after missing a training session, as he took a short break in Spain.

The 47-year-old was quick, however, to respond to the criticism from some in the county board.

“There’s a county board meeting and maybe if they talked about people in the clubs producing more hurlers to come in the county team it’d be a lot better than trying to stick knives into my back”, he told RTÉ Sport.

"At least I know I’m doing my best with the players I have. I can't grow hurlers, I can't manufacture them. They have to come through the clubs."