Steven Clynch's 93rd-minute point secured a maiden Christy Ring Cup title success for Meath, a win that will go down in hurling history as one of the most dramatic ever.

The sides were forced to do it all again at Croke Park after a controversial draw three weeks ago and they didn't disappoint, delivering a nine-goal thriller that went all the way to wire at the end of extra-time.

Antrim initially forced extra-time with a 75th minute goal from substitute Darren Hamill and another goal for the Ulster outfit in extra-time left them two points ahead with 89 minutes on the clock.

It looked like the end of the road for Meath who lifted the cup three weeks ago only to be told the game actually ended in a draw, forcing this replay.

But they simply refused to give in and points from Clynch and captain James Toher tied it up before Clynch took his tally to 1-03 for the evening with that last gasp free to win it.

Meath's reward is a place in next year's McCarthy Cup and will celebrate this win for some time to come. 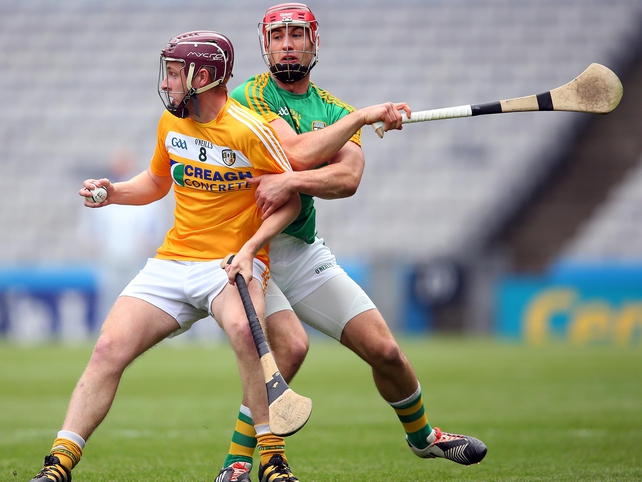 The evening, ironically, couldn't have started much better for Antrim who raced 1-02 to 0-00 clear after a third minute Ciaran Clarke goal.

Clarke added an eighth-minute point though it was a controversial score as an umpire firstly raised his white flag before then calling for Hawk-Eye to be used.

Moments later, on the apparent advice of referee Cathal McAllister, the other umpire raised his white flag and awarded the score without utilising Hawk-Eye.

Both sides deployed their centre-backs as sweepers and Meath initially struggled to break down Antrim's fortified defence.

They didn't score a point from open play until the 35th minute while Antrim were much more efficient, finishing the half strong with 1-02 from Conor Johnston to take a deserved 2-08 to 0-06 interval lead.

Johnston's injury-time goal was expertly taken as he followed up on the goalkeeper's parried clearance with a bullet shot from the left of goals.

But the game turned on its head early in the second-half when Meath hit 1-04 without reply to leave just a point in it.

Neil Heffernan's first goal in the 40th minute hauled Meath right back into it and the resurgent Royal County were back level in the 53rd minute when Toher converted his seventh free of the afternoon.

Meath were completely dominant now and Heffernan hit a second goal from close range after good work by Gavin McGowan.

Meath were four clear entering the last 10 minutes but a chaotic ending saw goals fly in at both ends.

Niall McKenna put Antrim ahead again with their third goal in the 67th minute but 1-01 from Meath sub Clynch put them three up with 75 minutes on the clock.

Antrim had one last attack, a Clarke free and dramatically levelled when his shot was blocked and poked in by Hamill, forcing extra-time at 4-12 to 3-15.

A fourth Meath goal five minutes into the first-half of extra-time from Gavin McGowan left them with a two-point advantage at the interval.

A 1-02 haul from Antrim in the second-half nudged them two clear but they couldn't hold out for a famous win as Meath came up with that breathtaking finish to steal victory. 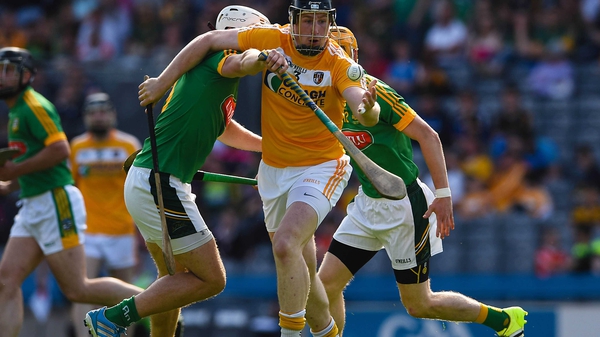