The Christy Ring final saga rumbles on with Antrim confirming to RTÉ Sport that they will fulfil the replay ordered by the GAA on Saturday, while Meath want it played on the following weekend.

The Royal County thought they had won the tie in Croke Park last Saturday but it subsequently emerged that there had been a miscalculation in the score and the game ended in a draw.

On Tuesday the Central Competitions Control Committee fixed the replay for Páirc Esler in Newry this Saturday at 7pm.

Having initially relayed that there was no desire to replay the game, last night Meath said that they would request the game be played on 18 June after accepting the GAA ruling.

A tweet read: "In Regard to players welfare and appropriate preparation @MeathGAA v @AontroimGAA Meath management are to request game on Sat 18th June."

However, Antrim are due to play Derry in the Ulster SHC semi-final on the day after Meath’s proposed date and their secretary, Frankie Quinn, told RTÉ Sport this morning that they will turn up in Newry on Saturday evening to fulfil the fixture. 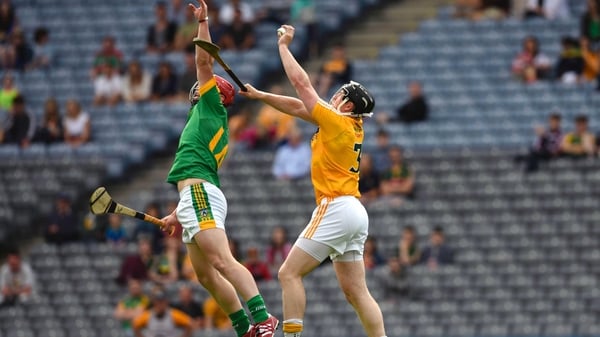