Galway corner-back Fergal Moore warned his team-mates they've a huge amount of improvement to do if they are to skin the Cats in the Leinster SHC final.

The Tribesmen came from behind in a miserable O'Moore Park to see out an attritional contest against Offaly 2-19 to 2-09.

Both sides finished with 14 men in a bruising battle, and Moore was keeping his feet on the ground as he looked ahead to the decider against the reigning Leinster and All-Ireland champions.

"Up front we worked very hard," Moore told RTÉ Sport. "I thought as a team we tackled very well, we got a lot of turnovers and we got scores out of that, but we can't be too happy with the performance.

"There's an awful lot left to work on. We've a couple of weeks left to get ready for the Leinster final against Kilkenny and all our focus and our energies will go into that."

Offaly led 1-07 to 1-06 at the break despite losing captain Colin Egan to a red card, but Galway had the wind behind them in the second half and made the advantage count.

Moore admitted they took their time to come into the clash - a luxury they will not be afforded in the decider.

"It took us a while to get into it really," he admitted. "Offaly's physicality... we knew they'd bring it to the game and they did.

"It took us a while to get to the pitch of it and we drove on well from there. We'd put in a solid half against the wind and we knew we had to drive on. The message was to keep doing what we were doing.

"Every time you play Kilkenny it's a big mountain to climb but it's a final and there's a cup up for grabs. We have to focus on ourselves, try and get a performance and the result will take care of itself." 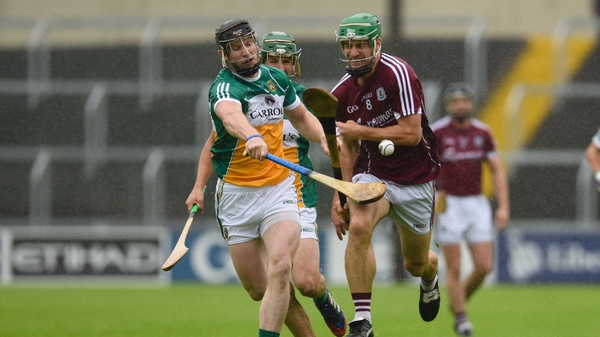 Galway prove too strong for Offaly to reach final