The Tipperary hurling team to play Limerick in the Munster Championship semi-final in Semple Stadium, named by manager Michael Ryan, shows one change.

Patrick Maher from Lorrha Dorrha returns for his first full start since injury ruled out his starting inclusion in Tipperary's recent league run.

Meanwhile, Offaly have made two changes ahead of their Leinster hurling semi-final against Galway.

Pat Camon and Dermot Shortt picked up injuries in the win over Laois are replaced by Niall Wynne, who comes in at corner-back, and skipper Colin Egan, who reclaims his place in midfield.

Tyrone boss Mickey Harte has retained the starting line-up which beat Derry last time out for Sunday's provincial semi-final against Cavan in Clones.

It is McNabb's first appearance in the matchday squad in 2016 after a cruciate ligament injury in September 2015. 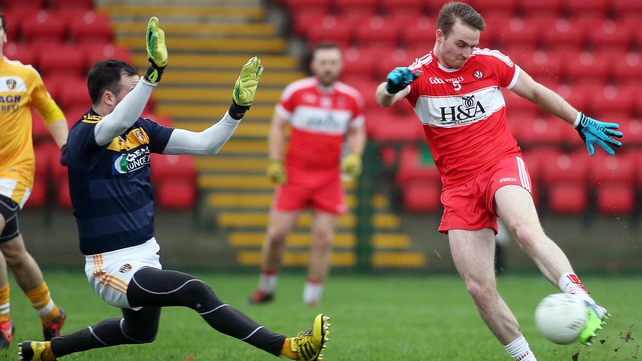 Meanwhile, Derry have named a side featuring a total of seven changes in personnel for their All-Ireland qualifier against Louth on Saturday.

Callum Mullan-Young gets the No.1 jersey following the shoulder injury suffered by Thomas Mallon against Tyrone, while Chrissy McKaigue's sees Brendan Rogers advance to centre-back with Ciaran Mullan at full-back.

Elsewhere, Neil Forester and Liam McGoldrick come into a reshuffled defence in place of Oisin Duffy and Kevin Johnston, while Conor McAtamney partners Niall Holly in midfield as Daniel Heavron moves to wing-forward.

Christopher Bradley and and Eoghan Brown make up the rest of the half-forward line as James Kielt moves into corner-forward alongside Emmett McGuckin and Mark Lynch.

Galway manager Kevin Walsh has opted for youth with five players set for their Championship debut against Mayo in the Connacht SFC semi-final on Saturday.

Walsh has opted for a highly inexperienced full-back line, with Clonbur’s Declan Kyne the only with Championship experience, with goalkeeper Bernard Power, Eoghan Kerin and David Wynne all set for their first start for the clash at MacHale Park on Saturday evening (7pm).

Johnny Heaney starts at wing-forward and the promising Eamonn Brannigan joins Damien Comer and Danny Cummins in the inside forward line. 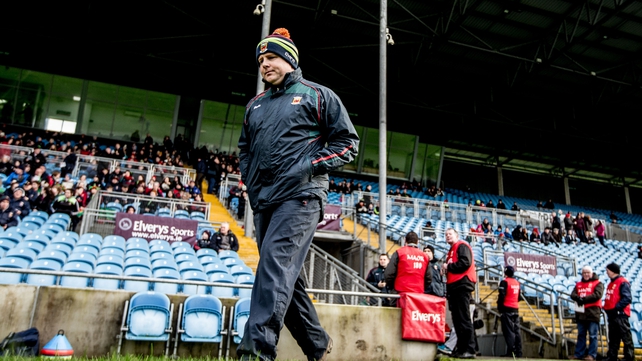 Mayo manager Stephen Rochford has made just one change to his team ahead of the Connacht SFC semi-final against Galway, with Tom Parsons set to start from midfield.

Parsons was named originally in the side that coasted to victory over London in Ruislip, but failed a late fitness test and was replaced by Stephen Coen.

The Charlestown man returns to action for the clash Saturday evening (7pm) and Mayo will have 10 of the side that featured their All-Ireland semi-final replay loss to Dublin last September in the line-up.

Team captain Cillian O’Connor, who was black-carded after just six minutes and saw his replacement Conor Loftus help himself to 1-02, is again named on the edge of the square.