Ciaran McDonald says Tipperary’s footballers knew before the ball was thrown in that they were going to beat Cork in Sunday’s Munster Senior Football Championship semi-final.

Tipp hadn’t beaten the Rebels in 72 years, but they pulled off the shock of the season so far when they came out on top 3-15 to 2-16 at Semple Stadium.

“This year really reminds me of 2010 when we came out on top with the Under-21s,” said McDonald, who captained the Premier County to their first Munster Under-21 title six years ago and was a rock at the heart of the defence on Sunday.

“Things just felt different, we knew in the dressing room beforehand that we were going to win it. We wouldn’t normally be like that with teams that have dominated us for years. We had a belief in ourselves.”

Tipperary just about hung on to their Division 3 status in the League this year while Cork were operating in the top flight, though they were relegated on the final day.

Few thought that the underdogs could do the business, but at one stage at the weekend they led in Thurles by nine points and in a tense finish they got the last two scores to win by two.

“When I saw the draw last year I pencilled in the Munster final,” revealed McDonald, speaking on RTÉ’s GAA Podcast, Jones’ Road.

“I thought it was the best draw we could have got. I always thought we were going to get to the Munster final at some stage, it just happened to be this year.

“We let it slip away two years ago. You learn from your defeats and with the defeats we’ve had we have a wealth of experience. We definitely weren’t going to let that happen again, even though they drew level near the end and we were getting a bit nervous.”

Tipp will now take on Kerry in the Munster final on 3 July at Fitzgerald Stadium, Killarney, when they will be massive underdogs. Kerry beat Clare in their weekend provincial semi-final. 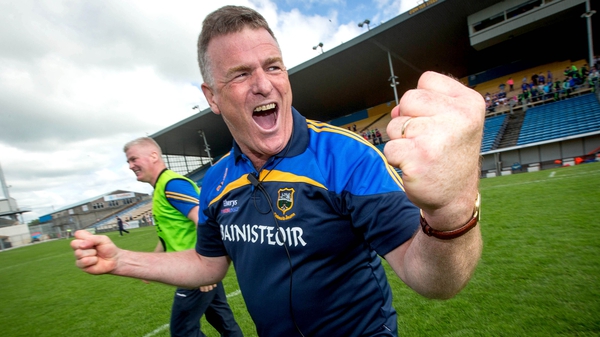