Meath PRO Martin O'Halloran has said the county would be split on a decision to replay the Christy Ring Cup final, and that they still feel like winners despite the fallout from an incorrect scoreline tally.

The Royal County believed they had taken a famous 2-18 to 1-20 victory against Antrim at Croke Park, sparking jubilant celebrations at the final whistle and the presentation of the trophy.

However, it later emerged that referee John O'Brien had tallied the scoreline wrongly, giving Meath a one-point victory by 2-18 to 1-20 when the actual scoreline was a 2-17 to 1-20 draw.

Following a meeting of the GAA's Central Competitions Control Committee [CCCC], it was decided that the decider will be replayed in Newry this Saturday 11 June, a call Meath manager Martin Ennis labelled "a disgrace".

O'Halloran admitted the players themselves would find it extremely difficult to lift themselves for another showpiece, and highlighted the importance of the initial result to the development of hurling in the county.

“Some people would be willing [to replay the game], some people would not," he told RTÉ Sport. "Possession is nine tenths of the law, but there’s a lot of other issues that have to be discussed.

"Martin Ennis and his team have already met over the last 24 hours. What happened at that meeting we don’t actually know, but from out perspective, and the management of the county board, we have to look at all the facts over the last three or four days and we have to see where we go from there.

"The rest was only speculation. There was nothing coming from Croke Park to say they were not the winners.

"It’s very, very hard for any player to get up this morning and realise this game has been refixed." - Martin O'Halloran

"So it’s very, very hard for any player to get up this morning and realise this game has been re-fixed. You have to get yourself together and play a game in Newry on Saturday. That’s a very difficult situation to find yourself in."

O'Halloran revealed that the Meath County Board are due to meet tonight when they will discuss the CCCC's decision. The frustration of having an asterisk beside their moment of glory is palpable though, and O'Halloran added that no matter what happens now, they will view themselves as having been victorious last Saturday.

“Our reaction was, first of all, the county board have to make a decision tonight. They have to look at the findings.

"The management of the Meath County Board will meet tonight at 7pm, and they will look at the decision made by the CCCC.

"At this stage you would have to accept that a mistake was made. Who made it? Was it technology? Was it human error?

"There’s no blame game here. We’re all human, but we played the game in the best possible sporting way, we left Croke Park winners, and that’s the way we felt we were.

"Don't forget, this result was absolutely crucial to the development of Meath hurling." 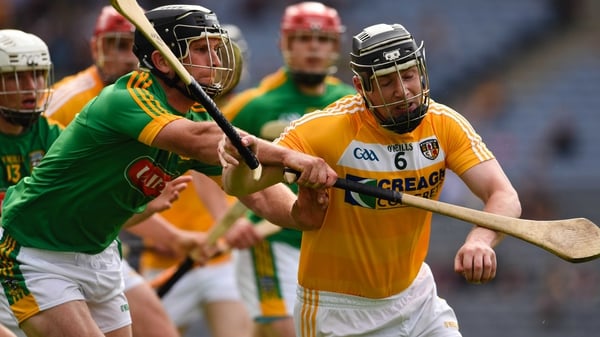 CCCC order a replay of the Christy Ring final