Following a meeting of the GAA's Central Competitions Control Committee, it has been decided that the Christy Ring final between Antrim and Meath will be replayed.

The replay has been fixed for Páirc Esler in Newry this Saturday 11 June, with a 7pm throw-in.

After last Saturday's final at Croke Park, referee John O'Brien admitted that he tallied the scoreline wrong, giving the Royals a one-point victory by 2-18 to 1-20, but it emerged that the actual scoreline was 2-17 to 1-20 - a draw.

Today's decision by the CCCC  means Antrim and Meath will lock horns again, not only to decide the Christy Ring winner, but also to see which team gets promoted to next year's Leinster hurling championship.

Meath manager Martin Ennis said he was against playing the refixture, calling the decision "a disgrace".

"I'm very disappointed with the decision of the GAA's CCCC to order a replay of the Ring Cup final, effectively putting Antrim and ourselves against each other over a mistake that was of their making," he told the Meath Chronicle.

"We have no intention of paying the price for the mistake of the GAA. Asking us to replay a game that we firmly believe we won last Saturday is very disappointing.

"We sought clarification from the CCCC about Sean Heavey's perfectly good point in the 41st minute, but it appears to me that they never even looked at that score.

"I requested that the officials look at the point with Hawkeye at the time, but they refused, so what I want to know now is why did they refuse? I also want them to retrospectively go back and look at that decision.

"I'm also very disappointed that the GAA President made the comments he made this morning on RTE Radio. What was the point of having a CCCC meeting when it already appears as if the decision was already made?

"This really is shambolic and a farce and it is far from over yet. As a management team we are firmly against playing a replay to a game we have already won, collected the cup and celebrated. I will contact each of the players to get their views, but how can the players be in the right frame of mind or be physically right to play a game next Saturday? It's nothing short of a disgrace."

GAA President Aogán Ó Fearghaíl had earlier rejected the proposal that the two teams could make the step up to the Leinster hurling championship in 2017.

"If the game ended in a draw, there is only one action they can take. That is not an option," he told RTÉ Sport.

"It sounds nice at times and it's lovely to be nice to everyone. I'm sure that's what people's reaction would be. However, we have to be fair and we have to be honest.

"The CCCC will consider the referee's report and will take responsibility for this matter; they won't hedge duck or dive. As I said, if the game ended in a draw, there is only one action they can take." 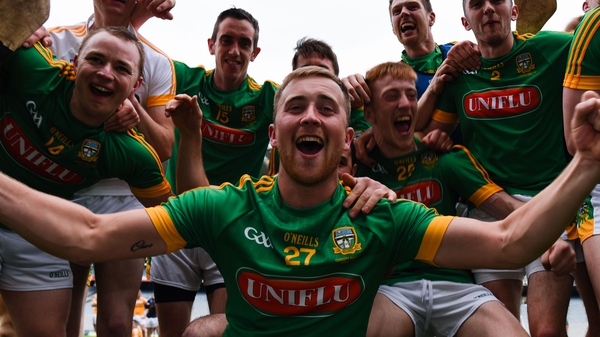 Meath selector Mickey McCullough: No appetite for Christy Ring replay from either side