Derek McGrath’s Waterford are through to a second successive Munster SHC final after scoring a seven-point victory over Clare at Semple Stadium this afternoon.

Pauric Mahony hit six points, including five frees, on his first championship start since the All-Ireland qualifier defeat against Wexford in 2014 as Waterford avenged their League final replay defeat against Clare last month.

Mahony was called up as a late replacement for Colin Dunford and rewarded McGrath’s faith by easing himself back into championship fare and proving accurate on placed balls.

Austin Gleeson matched that total with a powerhouse display that earned the Mount Sion colossus the man-of-the-match award.

There were other massive displays from Maurice Shanahan, scorer of 1-02, Darragh Fives and captain Kevin Moran, particularly in the second half, as McGrath’s charges advanced to a 10 July Munster final with Limerick or Tipperary. 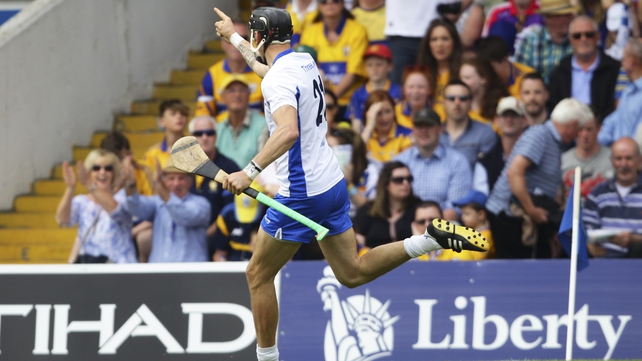 That clash will be Waterford’s seventh provincial final appearance in 10 seasons (excluding the 2010 replay), a record that can’t be bettered by any other county in the province in that period.

The League final replay between the counties may have been pleasing on the eye but the first half of this championship tussle reverted to type.

The sides registered 20 wides between them before half-time, Clare responsible for 11 of them.

Normally reliable forward Conor McGrath, who was later hauled off, had five alone, and Tony Kelly three, as the Banner men misfired attacking the Killinan End.

Again, the match-ups were fascinating but difficult to pinpoint throughout the first half as players seemed more content to track players in a zonal manner. 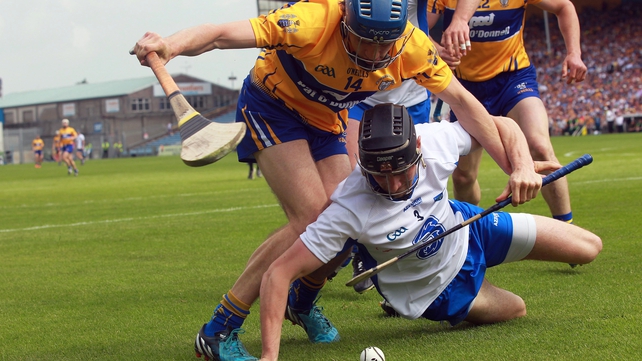 They had roared into a 1-01 to 0-00 lead within four minutes, Shanahan scrambling the ball home following an aerial delivery with Clare’s full-back exposed.

But Clare settled and were level by the 14th minute, as a run of four unanswered points ensured parity as Waterford went 11 minutes without a score.

They were level twice more before Waterford gained the initiative in the final 12 minutes of the first half, with Darragh Fives particularly impressive for the Déise.

Gleeson, who had three first half points, arced over a delicious 20th-minute effort from the New Stand touchline and while Waterford looked the more capable up front, they could have had been further ahead at the break. 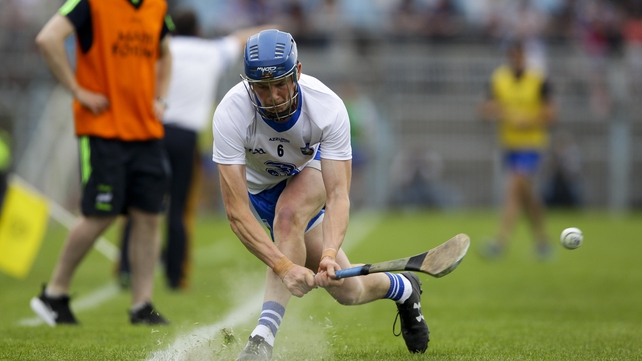 Shane Bennett was content to loft over a 34th-minute point after Clare were turned over but if the Ballysaggart player had lifted his head, Patrick Curran was unmarked on the 14-yard line and would surely have netted.

But that chance would not matter in the overall context of the game as Waterford, despite going 11 minutes without a score again in the second half, got the job done.

Gleeson put over a beautiful sideline cut in the 56th minute to end that barren run and the Déise kicked for home to put themselves within touching distance of a first Munster senior crown since 2010.

Waterford built on their half-time lead and their lead was as big as eight points (1-20 to 0-15) before they won pulling up, condemning League champions Clare to another run through the qualifiers. 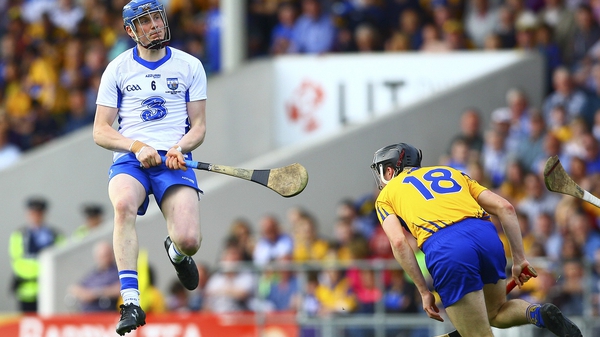 Young star hoping to find his best position to shine in