Clare’s poor record in the Munster hurling championship could be the extra motivation the Banner need to see off the challenge of Waterford this weekend, according to Liam Sheedy.

Just four weeks on from their victory over the Déise in the Allianz Division 1 replay, Davy Fitzgerald’s side are bidding to reach a provincial decider, but must overcome a dismal record in Munster since their last success in 1998 to book a place in the final on 10 July.

Since beating Sunday’s opponents 2-16 to 0-10 eighteen years ago, the Banner have won just five games in 23 outings in Munster and only once in the last eight years.

Former All-Ireland winner Jamesie O’Connor has described the run of results as “deplorable”, but Sheedy says it could be used positively by the Clare management (live on RTÉ 2 from 4pm, live blog on RTE.ie).

“Their record in Thurles in recent years has been very poor also,” he told RTÉ Sport.

“Used properly, that will be a real motivating factor for Davy [Fitzgerald] and his backroom team.

“They know what they have in this group.”

The RTÉ analyst has been impressed by Clare’s ability to win tight matches this year, a failing of recent seasons, and says the players will be keen to add the Munster title to their silverware collection.

“I think they have certainly shown this season that they have the ability to win tight matches,” he said.

“They’ve really built great character over the course of the League and they are still unbeaten.

“A lot of these guys have All-Ireland medals, none of them have Munster medals. That should be a real motivating factor.”

The drawn encounter in the Allianz Final was a largely drab affair until the dramatic finale with a marked improvement in the replay, and Tipperary's All-Ireland winning coach from 2010 is expecting an exciting encounter.

"Clare are battle-hardened...I think they might shade it on the day”

“It’s eagerly anticipated by hurling fans right across the country. It’s a massive game, with both teams top of the pile at the end of April. It’s championship now.

“I think Clare have certainly shown this season that they have the ability to win tight matches.

“I really like the look of Clare all summer. They are battle-hardened.

“They have won the tight matches and Sunday will be another tight match, but I think they might shade it on the day.” 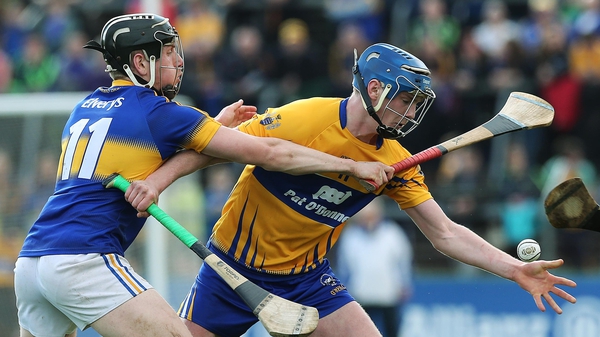 Duggan: Clare are able to close out tight matches this year