It's becoming a familiar tale at this stage as Dublin overcame Kerry at a packed Croke Park again to etch their names in Gaelic football history as four-in-a-row Allianz Football League champions.

The memory of previous Championship clashes lingered beforehand, particularly last September's All-Ireland final win for Dublin, but Jim Gavin's side once again came out on top and with plenty to spare.

There was just four points in it at that stage and Kerry still weren't out of it but Flynn pounced with a thunderous finish when goalkeeper Brendan Kealy's short kick-out went astray.

Substitute Eric Lowndes added a second goal in injury-time after good work by Brogan along the endline to give the scoreline a slightly flattering appearance.

But it was a comprehensive win for the Dubs who head into the Championship on a 22-game unbeaten streak and as strong favourites to retain their All-Ireland title. 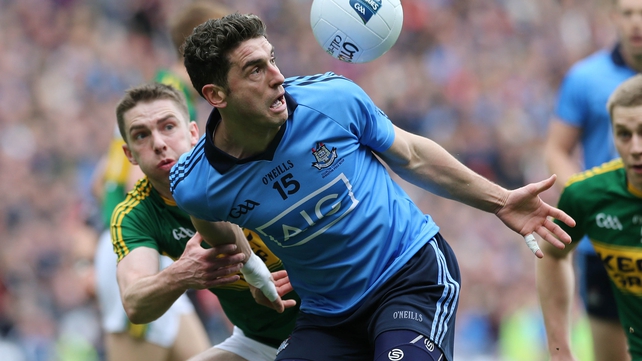 The feeling beforehand was that Kerry needed the win that bit more having lost three high profile Championship encounters to Dublin since 2011, two of those being All-Ireland finals.

The most recent, of course, was last September's decider when Kerry kicked themselves for a lethargic display and three-point defeat.

Kerry lost their opening two league games of 2016 but have been excellent since, winning six games on the trot to secure this rematch with Dublin at Croke Park.

But Dublin weren't found wanting in the hunger stakes though and an exciting tussle developed with intriguing angles and side stories emerging all over the field.

Dublin went in 0-10 to 0-08 ahead at half-time thanks partly to three points from Brogan who closed the half strongly and escaped Marc O Se three times from the 27th minute.

It was the latest instalment in a series of thrilling personal duels between the pair and there was plenty of history surrounding Dublin defender Philly McMahon too.

McMahon memorably escaped Kerry attacker Colm Cooper in last year's All-Ireland final and kicked an excellent score. But Cooper got a little piece of revenge this time, leaving McMahon grasping at air after a dummy solo before kicking a point.

McMahon also clashed with Kieran Donaghy in last year's final, Donaghy himself suggesting his eye was gouged by the Dubliner. Donaghy won a free off McMahon late in the half this time and followed up by barging the defender as he retreated. 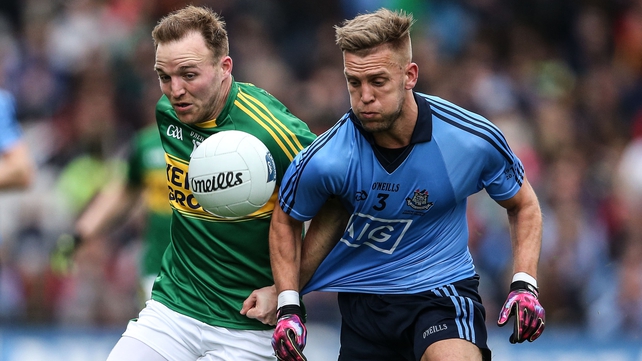 Man of the match Ciaran Kilkenny simply went about his business in Dublin's attack and kicked two important points, one off either foot, while Jonny Cooper, Brian Fenton and Paul Mannion were on the mark too.

Dublin doubled their advantage to four points early in the second-half but it didn't last long as Kerry ate into the deficit.

Peter Crowley grabbed his second point of the game before scores from Donaghy and Darran O'Sullivan that left just one in it again.

Kerry, crucially, never got back to level terms and a tough job was made all the more difficult by O'Mahony's 51st minute dismissal. 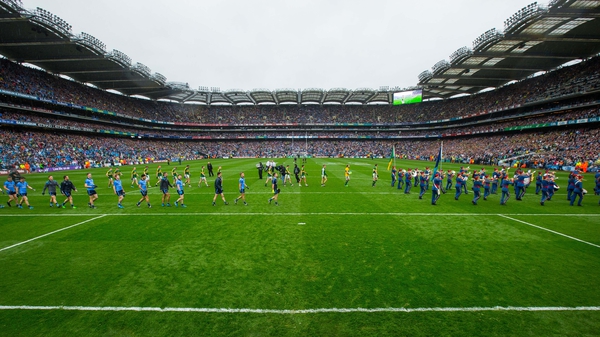