The free-taker held his nerve twice in injury-time with back to back converted frees to firstly level it and then seal victory for Michael Solan's side.

It was an incredible end to an epic encounter and it had looked as if Dublin would recover from a seven-point deficit to win for the second game in a row.

In fact, Dessie Farrell's side led by four points with eight minutes remaining but were reeled in by a dogged Mayo side that outscored Dublin by 0-06 to 0-01 in the closing minutes.

Mayo, the All-Ireland champions at minor level three years ago, will now advance to the decider on 30 April and will face Cork or Monaghan.

Dubs chief Farrell made several late changes to his team with Paddy Small, Declan Monaghan, Tom Lahiff and Michael Deegan all drafted in.

Fergal Boland and Fionan Duffy pointed for Mayo but it was 2015 Young Footballer of the Year Diarmuid O'Connor's 10th-minute goal that left them in pole position.

Dublin's defence was cut open as Liam Irwin sprinted through and passed to O'Connor who finished neatly with a clever palmed lob over the 'keeper. 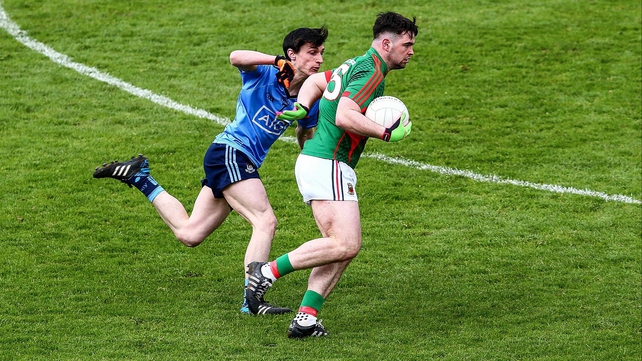 Mayo were in dreamland and further points from Stephen Coen and Shairoze Akram put them into that seven-point lead.

Dublin were in real trouble but at least had the knowledge that they produced that fightback to overcome Kildare in the Leinster final.

Dublin senior Con O'Callaghan inspired the comeback that day with 1-07 in total but found the going tough early on here.

He kicked Dublin's first point from play but that didn't come until the 30th minute and they reached the interval trailing by 1-07 to 0-04.

O'Connor finished the half with 1-01 for Mayo while Loftus, who also played in this year's Allianz League campaign, converted two frees.

But it was all Dublin after the restart and a scoring siege headed up by O'Callaghan, who struck a 40th-minute goal, tied the sides up at 1-08 apiece.

O'Callaghan finished with 1-05 in total while Deegan scored three points and helped push Dublin into a 1-13 to 1-09 lead with 52 minutes on the clock.

They looked all set for another final appearance but were reeled in by that superb Mayo comeback. 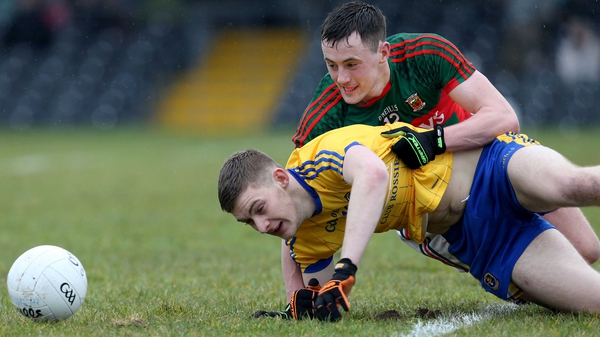 Michael Plunkett steps up to snatch Connacht U21 title for Mayo