By John Fallon at Markievicz Park

Mayo came with a late surge to secure a dramatic victory in difficult circumstances and deny Roscommon a third Connacht U-21 FC title in row with a 1-11 to 1-10 win.

Mayo did not lead until three minutes from time when Liam Irwin fisted home a goal and when man of the match Diarmuid Murtagh equalised, Michael Plunkett stepped forward to shoot the winner in the dying moments and set up an All-Ireland semi-final in two weeks against Dublin.

Roscommon, appearing in their seventh successive Connacht U-21 final, made a glorious start and were well worth their 1-06 to 0-04 interval lead.

Diarmuid Murtagh struck a massive blow after just three minutes when he fielded a long ball from Cathal Compton and finished with a low shot to the net.

The St Faithleach’s clubman followed it up with a point less than a minute later and the pacey Henry Walsh and Ronan Daly also chipped in with scores to lead by 1-03 to 0-00 after just eight minutes.

Mayo, who hadn’t been in a Connacht U-21 final since they won it in 2009, finally got off the mark with a point from Fionan Duffy after ten minutes.

But senior player Ultan Harney hit back with a point for Roscommon before Mayo, the most prolific winners of the crown with 23 titles, got moving.

Conor Loftus pointed a free from the left and then Liam Irwin landed a 45 to cut the gap. 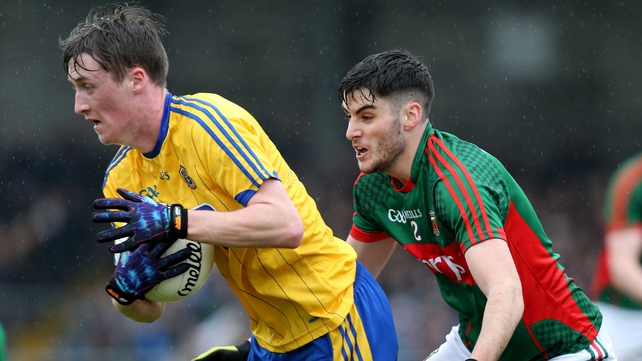 But Murtagh again found the range for Roscommon and Ronan Daly struck for his second point of the game a minute from the interval and they would have been much further in front had Walsh not missed a glorious opportunity for a goal.

Irwin gave Mayo some hope before the break when he kicked a free from 45 metres to leave them trailing by 1-06 to 0-04 at the interval.

Loftus cut the gap with a free within a minute of the restart, but it took a stunning save from Mayo goalkeeper Mattie Flanagan to deny Murtagh.

And Mayo got a further boost when Fergal Boland found the range to reduce the margin to a goal before another Loftus free left it 1-06 to 0-07 after 39 minutes.

Ronan Daly eased the pressure on Roscommon with his third point of the encounter with 19 minutes remaining, but Brian Reape responded almost immediately for Mayo as the tempo of the game kept increasing despite the wet conditions.

Irwin’s ability to strike placed balls from distance reduced the margin to two points again when the Mayo player landed a magnificent free from out on the right touchline.

And then Duffy hit his second point of the match nine minutes from time to cut the gap to a point and set up a thrilling finish.

Brian Stack doubled Roscommon’s lead with a good point from the left wing but then three minutes from time Irwin got a fist to a cross from Fergal Boland to the net to fire Mayo into the lead for the first time in the game.

But Murtagh kept his nerve to level the match in the first minute of stoppage time when he pointed a free from 25 metres.

However, there was still time for a winning score and Michael Plunkett was the man who got it when he hit the target in the second minute of stoppage to secure the title. 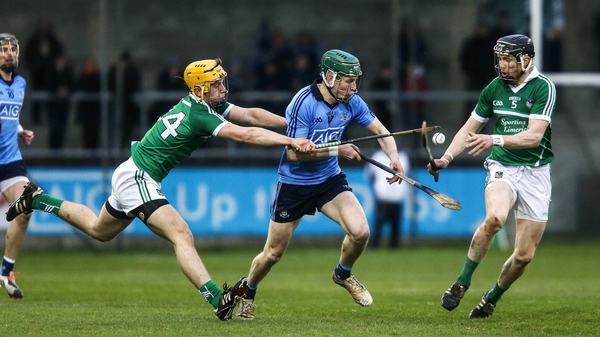 As it happened: Saturday's Hurling League