Clare forward Shane O'Donnell is looking forward to his side testing themselves against "the best" when they face Kilkenny in an Allianz Hurling League semi-final on Sunday (4pm).

The 21-year-old scored three goals in two games against Brian Cody's All-Ireland champions last year but narrowly came out on the losing side in both the regular season encounter and relegation play-off.

"It's always a fantastic occasion against Kilkenny," he told RTÉ Sport.

"Themselves and Waterford are the top two teams at the moment and they're the kind of teams you want to be playing, the best.

"Our history with Kilkenny, over the last few years we've had fantastic games with them.

"It always seems to just come down to a point or two either way. Last year we lost by a point to them a couple of times."

"I thought we were excellent in most of the games in the league. We're delighted, obviously, to get out of 1B and be playing in the top division next year."

O'Donnell has been battling a persistent ankle problem but expects to be fit for the game.

"I have damage in tissue in my ankle and it's causing fluid build-up and a lot of pressure on the surrounding joints," he said.

"It's not a major issue, I just have to get it strapped up and be careful with it. It gets sore after games but most of the time I forget about when I'm playing, it doesn't affect me at all.

"It's frustrating, especially when you're watching lads playing unbelievable games out there"

"I'm hoping it'll clear up but it could be a niggly thing for this season and I might have to get it sorted after the season.

"It's frustrating, especially when you're watching lads playing unbelievable games out there. You just want to be involved.

"It's a small bit reminiscent of 2014, after the All-Ireland (win) when I tore my hamstring twice and was out for the whole season but it's not on the same scale as that, thankfully, and I'm hoping to play the rest of the games in the year."

O'Donnell shot to stardom with a hat-trick in the first 19 minutes of Clare's All-Ireland final replay win over Cork in 2013 but admits he's happier now that the spotlight has dimmed a little.

"There's less of it now so it's easier to be at ease with it. I didn't enjoy it but it's fine," he said.

"I know it's part of building hype about the game most of the time so it's part and parcel of it, you can't just ignore it. At the same time, I'm glad that it's died down a small bit.

"I've only watched the whole game once. About two or three months after the All-Ireland I was at one of the lads' houses and they put it on. That was it.

"Basically, I was just waiting for the next game and to get back out hurling." 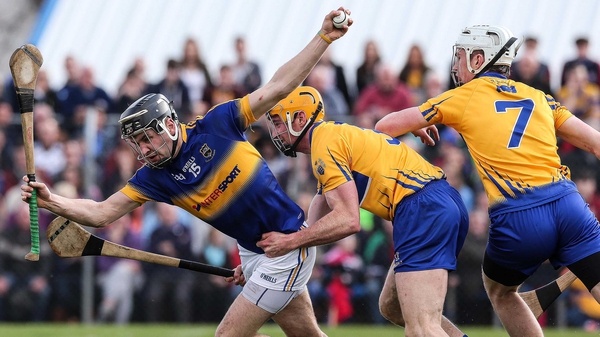