A late goal from substitute Aron Shanagher edged Clare into the Allianz Hurling League Division 1 semi-finals for the second time in three years at Cusack Park.

With John Conlon's first-half goal handing the Banner a 1-7 to 0-8 half-time advantage, Tipperary appeared to be gaining the upper hand as the second period developed, having outscored their hosts by 0-9 to 0-4 to move three clear entering the final ten minutes.

However, points from Cathal O'Connell and Conlon sandwiched Shanagher's goal to turn the tie on its head and set-up a semi-final meeting with All-Ireland champions Kilkenny.

Clare’s clinical touch in front of the posts was in total contrast to the visitors who had as many wides as scores over the 70 minutes.

That profligacy certainly hampered their ability to at least gain parity by the break while it would ultimately frustrate Tipperary’s attempts to force extra-time as they also struck four decisive wides after Shanagher’s goal to miss out by the minimum.

Clare opted to use captain Cian Dillon as a sweeper from the outset and it would allow the Banner to settle quicker as they moved 1-4 to 0-2 clear by the 20th minute.

The goal would provide the perfect boost as with the sides level at two points apiece, Conlon brilliantly controlled Aaron Cunningham’s crossfield delivery to power a shot to the net followed immediately by inspirational points from Darach Honan and Bobby Duggan to blitz their opponents.

While Seamus Callanan passed up three very scrollable frees, Tipperary, led by sweeping centre-back Ronan Maher, did eventually find their feet with John McGrath in particularly instrumental in taking six of the last nine points to slash the arrears to just two by the break.

A hand injury to Niall O’Meara saw Kieran Bergin introduced for the new half and the Killenaule player was influential as Tipperary upped the ante and started to build momentum.

Clare initially resisted as O’Connell and Conor McGrath cancelled out scores from Michael Breen and Noel McGrath by the 48th minute.

However, a more physical Tipperary began to move through the gears after points from Padraic Maher and John O’Dwyer finally pulled their side level for the first time in 37 minutes at 0-12 to 1-09 by the end of the third quarter.

Three more from John McGrath helped put Tipperary into the ascendency by 0-17 to 1-11 as the game entered the final ten minutes. However, their inability to close out the game would ultimately come back to haunt them as Shanagher’s goal swung back the tie in Clare’s favour.

And having built up a perfect start to 2016, the home side were not about to pass up the opportunity to make it ten successive victories as they dug deep in an anxious finale to face Kilkenny in a fortnight’s time. 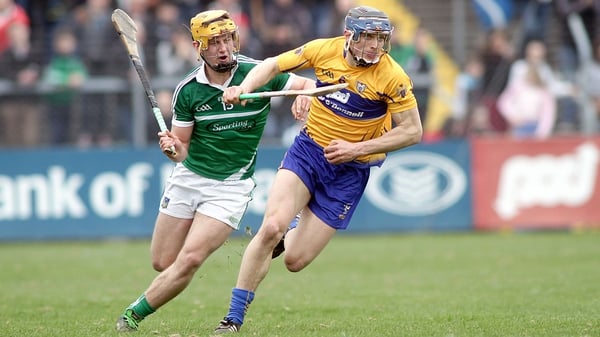 Clare beat Limerick to return to Division 1A