They're widely acknowledged as the largest sporting club in Ireland and Ballyboden St Enda's can now officially call themselves the best football club too after claiming the AIB All-Ireland title at a canter.

A brilliant start at Croke Park, which saw the south Dublin club open up a 2-03 to no score lead, put them on the road to a surprisingly easy win over the pre-final favourites and Connacht champions.

Colm Basquel and club stalwart Andrew Kerin fired the priceless early goals though 'Boden's victory and maiden title success was built on a solid defensive display and corner-back Bob Dwan was a deserved Man of the Match.

The defeat will be tough for Castlebar to take having now lost two finals to Dublin opposition in three seasons. St Vincent's beat them two years ago while there was little doubt that Andy McEntee's 'Boden would get the job done this time after that great start.

Castlebar came into the contest determined to at least stay in contention longer than they did two years ago.

Back then, they were a point ahead of St Vincent's with 17 minutes to go before succumbing to a masterclass of finishing by Diarmuid Connolly.

What they didn't plan for this time was Ballyboden speeding out of the traps and racking up 2-03 before Castlebar had even managed to score.

It was a virtual procession in those first 15 minutes as the Firhouse Road side tore Castlebar's defence asunder.

Colm Basquel got their first goal in the second minute, running onto a pop pass from Stephen O'Connor before firing low across the 'keeper to the far corner.

Kerin hit their second goal in the 15th minute from a penalty after Tom Cunniffe's foul on Aran Waters.

Castlebar redeemed themselves slightly with points from Neil Douglas and Neil Lydon but still trailed by 2-05 to 0-03 at the break.

Macauley was taken off early in the second-half with an apparent leg injury. Declan O'Mahony didn't feature at all either after failing to turn over his red card in the semi-final win over Clonmel Commercials despite exhausting the appeals process.

It meant 'Boden played most of the second-half without their first choice midfield partnership, both of whom won All-Ireland medals with Dublin in 2013.

But it told a tale of their dominance that it hardly mattered. Castlebar didn't score in the entire third quarter of the game while Ballyboden tacked on four more points to move 2-09 to 0-3 ahead.

The Mayo champions, who took care of powerhouse club sides Corofin and Crossmaglen Rangers to get to this point, looked all out of ideas as they set siege on the Hill 16 End goals.

Their management introduced all six substitutes by the 50th minute but to little effect and it was 'Boden who finished the game off strongest with three late points from Shane Durkin, Kerin and Colm Basquel 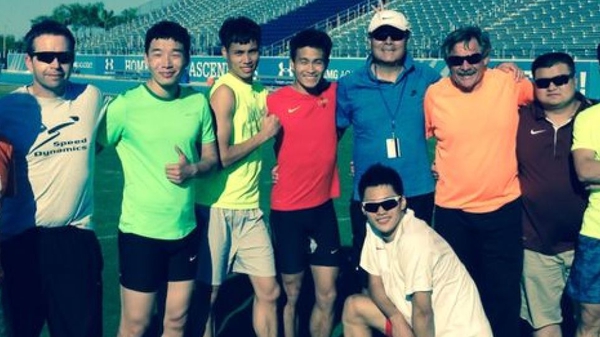