Ex-AllStar Dowling fired seven points on a memorable afternoon while club and county colleague Kevin Downes and Man of the Match Adrian Breen nailed the crucial goals in a surprisingly one-sided encounter.

Limerick sides Kilmallock, twice, Ballybrown and Patrickswell all came up just short on All-Ireland final day in the past but there was no denying Na Piarsaigh who weren't flattered by their 11-point win.

Neil McManus was excellent for Ulster outfit Cushendall and finished with 1-07 while he also played the ball in for sub Karl McKeegan to claw back a second goal late on.

But they never looked pulling off a win for the underdogs and trailed by 16 points at one stage early in the second-half.

City outfit Na Piarsaigh came to GAA headquarters burdened by the wretched record of past Limerick sides at the venue.

It's 43 years since the Limerick seniors last won the All-Ireland while their minors haven't won an All-Ireland final at Croke Park since 1958.

But if there were any nerves, a goal inside 30 seconds put Shane O'Neill's side at their ease and they remained in pole position from there on.

In truth, it was a painfully one sided game as Cushendall slipped slowly out of the game.

Na Piarsaigh effectively settled the game as early as the 26th minute when they led by 13 points after outscoring the Ulster champions by 1-09 to 0-01 in a blitzkrieg period.

Adrian Breen was only a late addition to the Na Piarsaigh team and he stroked home that early goal as well as a point soon after. 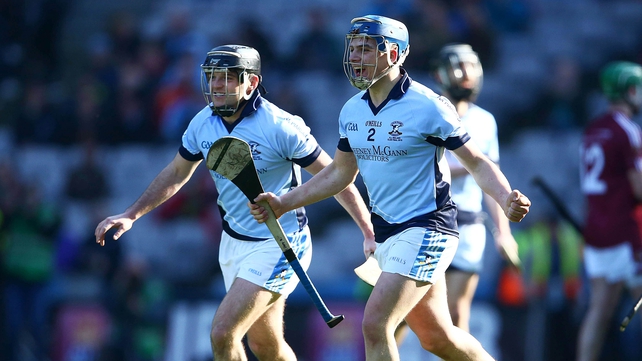 All of their big guns stood up with 2013 Munster championship medallist Dowling claiming five first-half points.

County ace Downes contributed a 24th minute goal when he cut inside Antrim defender Ryan McCambridge and fired a low shot to the left corner.

Cushendall responded with three points in a row including a second of the day from ex-county man Shane McNaughton who hit four excellent points in total.

But Na Piarsaigh were good value for their 2-12 to 0-06 half-time lead and stretched the gap after the restart with five more points on the trot.

Goal scorer Breen was on the mark again along with Dowling and Peter Casey.

There was a brief reprieve for Cushendall when McManus flicked in a 39th minute goal from a long Shane McNaughton free.

McManus continued to pick off points from frees and finished with that impressive 1-07 tally but the scores simply came easier for Na Piarsaigh who continued to split the posts at their ease and took McKeegan's goal in their stride. 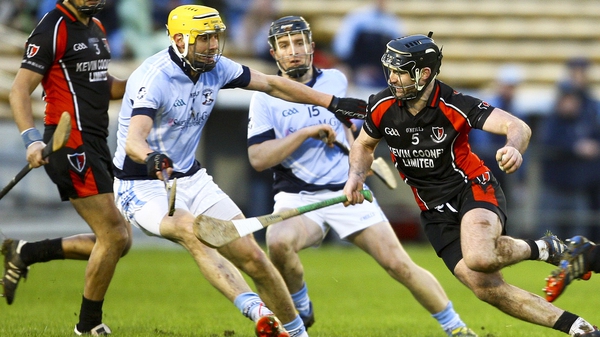