The ‘mark’ will come into Gaelic football after the motion received the necessary support at Congress today.

The new rule will mean that a player who catches that ball cleanly from a kick-out on or past the 45-metre line nearest the kick-out point, without it touching the ground, shall have the option of calling a ‘mark’ and taking a free kick, or alternatively, playing on immediately.

The motion was carried with 68% support.

A motion proposing that all televised games be available on free-to-air TV was defeated, with only 15.3% in favour.

The proposal, if passed, would have meant that subscription channels would not have been able to bid for GAA TV rights.

Earlier, motions to move the All-Ireland finals to earlier in the year and scrap replays were defeated.

The finals motion failed to receive the two-thirds to pass. It had been proposed they would have been played two weeks earlier.

Although defeated, moving finals could happen in the future after such a substantial figure in favour today.

The motion to scrap replays was also defeated. Replays remain possible in Championship games except qualifiers.

Last night Congress decided that Under-21 inter-county football championships are to be replaced by an Under-20 grade.

From 2018, teams will compete between June and August in the new set-up with any player that is named on a senior inter-county team ineligible for the new competition.

There will be no replays and if teams cannot be separated after extra-time, a sudden-death free-taking shoot-out, with details to be confirmed, will be used.

Hurling and club football are not affected by the new rule.

The age-grade switches are seen as an attempt to alleviate issues of player burn-out in Gaelic games.

The motion proposing a new All-Ireland ‘B’ championship for lower-ranked teams was withdrawn. 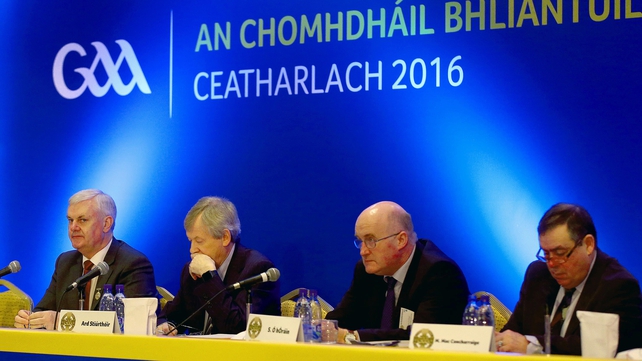 Details for the mark, published on the GAA's website, are as follows.

The player shall signify to the Referee that he is availing of and then take the free kick himself from the hand from the point where he was awarded the ‘Mark’.

(b) Play on immediately (i) In this circumstance the player may not be challenged for the ball until he carries the ball up to a maximum of four consecutive steps or holds the ball for no longer than the time needed to take four steps and/or makes one act of kicking, hand passing, bouncing or toe-tapping the ball.

(ii) If he is illegally challenged, a free kick shall be awarded to his team from the point at which the challenge is made, and this free kick may be taken by any player on his team.” 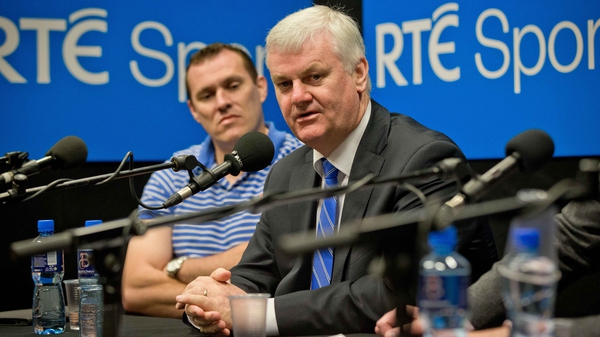 GAA president focused on clubs ahead of Congress