UCD delivered their first Sigerson Cup title since 1996 with a 0-10 to 2-02 win over title holders DCU in Jordanstown.

Defences were on top early on before Heslin and Stephen Attride traded scores.

UCD took control, and despite losing Paul Mannion through injury and Kildare's Niall Kelly to a black card, they led 0-04 to 0-01 midway through the half.

DCU stormed back and took a 1-02 to 0-04 interval lead, with Tipperary's Stephen O'Brien netting their opening goal.

UCD stood firm on the restart, with four unanswered points, including a trio from Heslin.

DCU were never far off, and ensured a tense finish with Conor Moynagh netting a penalty goal.

But UCD stood firm late on, as points from Heslin and Coen confirmed a two-point win.

It was a quick turnaround for both colleges, who had won their respective semi-finals at the same venue the previous afternoon. 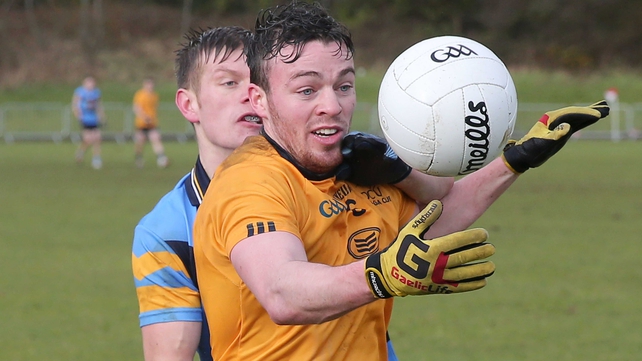 UCD captain Jack McCaffrey was a doubt heading into the final, having picked up an injury in the last four encounter, but played a full part in the decider.

UCD settled quickest with some good interplay between Dublin duo McCaffrey and Paul Mannion, before Heslin delivered the opening score in the fifth minute.

Wing back Attride provided an equaliser for DCU a minute later with an excellent score, but DCU failed to take the lead soonafter, following a Shane Carey missed free.

UCD were more composed in front of the posts, with Mannion nailing a free after a foul on Heslin as the Belfield Boys reclaimed the lead.

Heslin and Conor McCarthy added scores to open up a 0-4 to 0-1 lead after 18 minutes.

UCD continued to work hard, with Cavan's Tom Hayes guilty of a miss, before Mannion's injury ensured the Kilmacud Crokes clubman made a forced exit.

UCD were rocked when Niall Kelly was black carded - another key blow for Divilly's charges, with the Athy man netting a brace of goals 24 hours previously in their last four clash with UL.

DCU capitalised, and finished the half strongly with an unanswered 1-01.

UCD were inspired on the restart, and with the memory of their late GAA officer Dave Billings holding strong, the Belfield outfit weren't going to let a rare chance at the title slip without a fight.

They took a firm hold of this tie in the opening minutes of the second half, with a trio of Heslin points added too a McCarthy score. 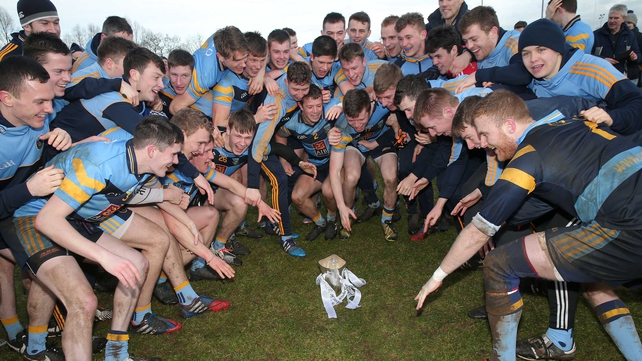 This ensured a 0-08 to 1-02 lead with 15 minutes remaining, but Cavan man Moynagh slotted past UCD goalkeeper Eoghan Keogh to ensure a tense finish.

UCD were buoyed on by an enthusiastic bench late on, as Heslin and Coen struck points.

DCU then lost defender David Byrne to a black card, and UCD controlled possession in the closing stages, affording three late wides, to bring their tally to seven at the end of the match.

Earlier, an Oisin McConville managed Dundalk IT claimed their first ever Trench Cup title with a 1-14 to 1-8 win over Waterford IT. 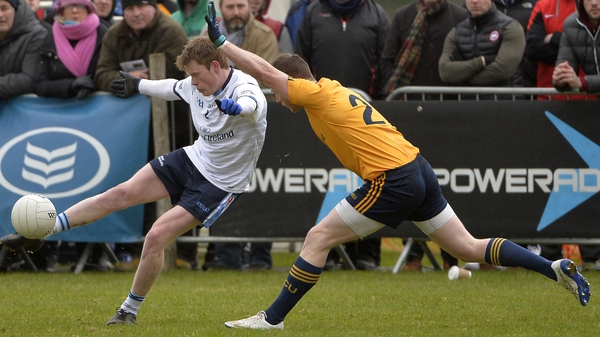