Michael Darragh Macauley was quick to hail the character Ballyboden St Enda's showed in getting past Clonmel Commercials to book a place in this year's All-Ireland SFC club final.

For most of the second half of Saturday's last-four encounter at O'Moore Park, it looked like victory was beyond them and they trailed by three points with five minutes to go. At that point they were also reduced to 14 men but they stirred themselves sufficiently to erode Clonmel's lead.

Darragh Nelson fired over the levelling point to force extra time. In the additional two ten-minute periods, the south-Dublin side held their opponents scoreless and went on to win by 0-15 to 0-10.

They will now meet Castlebar Mitchels, who overcame Crossmaglen Rangers by a point in their semi-final at Breffni Park, in the St Patrick's Day showdown at Croke Park.

Reflecting on how Ballyboden turned the game in their favour in the dying moments of the 70 minutes, Macauley told RTÉ Sport: "Things were looking grim with about five minutes to go in normal time. We were a few points down and had a man sent off (Declan O'Mahoney) but we dug deep.

"This team showed heart. Everybody looked around and showed a bit more belief and we dug it out in the end. Darragh got that great point at the end of normal time."

The dismissal of Clonmel's Michael Quinlivan for a black card offence early in extra-time seemed to knock the heart out of the Munster champions and Ballyboden, restored to 15 players for extra time, made their advantage count.

"Michael Quinlivan has been their star man all year, getting crucial scores and when he went off we just kicked on," added Macauley.

"It was unlucky for them but that's the way it goes."

Looking ahead to the clash with Castlebar on 17 March, Macauley says it's going to be a "special" day.

I've been there watching the Ballymun and St Vincent's lads on the big day and I know what comes with it. We have to come back down to earth now and re-focus for the final." 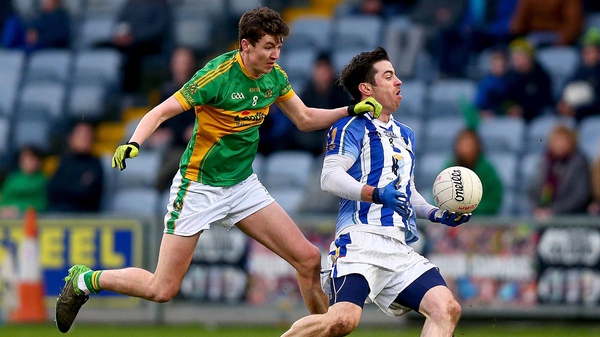