A leading sports surgeon has warned that teams may need to face sanctions for not following concussion protocols, following the controversy over Mayo's Lee Keegan remaining on the field in his side's defeat to Cork on Sunday.

The All-Star winning wing-back was involved in a clash of heads with Cork's Eoin Cadogan but remained on the field for 10 minutes after the incident before being substituted.

Mayo County Board later released a statement accepting that Keegan "should have been withdrawn as a precaution a number of minutes earlier when the collision occurred".

Mr Cliff Beirne of the Santry Sports Surgery Clinic, chairman of the care sub-committee of IRFU's charitable trust for seriously injured players and a former member of the GAA's medical scientific and welfare committee, suggests that head-injury assessments should either be handled by independent medical staff or that teams face punishment for not following protocols.

"The protocols aren't being adhered to," Beirne told RTÉ Sport.

"I'm not sure what is needed, whether it's independent doctors making the calls in the big games, or sanctions to be imposed if they felt an adverse event had taken place.

"At the World Cup, World Rugby had this in place but to the best of my knowledge there were no sanctions against any team or their staff."

Beirne added that that there was still a lot of work to do in terms of raising awareness of concussion in sport and research into the issue.

"The protocols need to be enforced," he said.

"We need to get it out there. It's a brain injury, there are various degrees (but) people calling a bad concussion a mild concussion... that needs to be driven home.

"People need to see the right thing being done. We need to try and do our best, based on what we know.

"Medically, we need to drive this forward with good proper research. There's hardly any good research at all, unfortunately and incredibly, in the area of sports-related concussion."

There have been calls to introduced a 'concussion sub' rule in the GAA, following Dublin defender Rory O'Carroll remaining on the pitch in the 2013 All-Ireland final, but a motion to that effect was deferred at last year's congress. 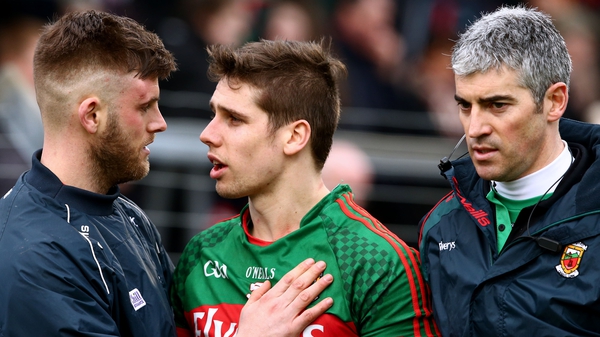