The Mayo medical team have accepted that Lee Keegan should have been withdrawn sooner following a heavy collision with Cork's Eoin Cadogan during Sunday's Allianz Football League defeat to Cork at Páirc Uí Rinn.

Cadogan was immediately removed from play after he was on the receiving end of a shoulder from the Mayo defender but Keegan was allowed to stay on the field for 10 minutes before being substituted.

However, a statement on the Mayo GAA website stated that the three-time All-Star wing-back should have left the field earlier.

"The Mayo medical team accept that Lee should have been withdrawn as a precaution a number of minutes earlier when the collision occurred.

"Player welfare is of paramount importance to all involved with Mayo GAA and members of the Mayo medical team have been to the forefront of player welfare initiatives in the GAA nationally.

"Lee is recovering and will continue to be monitored over the coming days. As always, Mayo will follow the established Return to Play protocols."

Speaking to Newstalk following the game, Mayo manager Stephen Rochford said that Keegan had wanted to play on but that once management realised he "wasn't himself" the Westport clubman was substituted.

"He was referring that he was fine but quite clearly our own video analysis team and our own doc could notice it straight away," Rochford said.

"We got him out of the field as quickly as we could. He was communicating at the end of the game. Hopefully if there is a concussion aspect, it's something minor.

"The medical team were communicating with him. He was captaining the team. Sometimes you say 'do you mind the player from himself?'

"He was responsive in that he was communicating with the doctor. Once we were able to clearly notice that he wasn't himself, he was pulled." 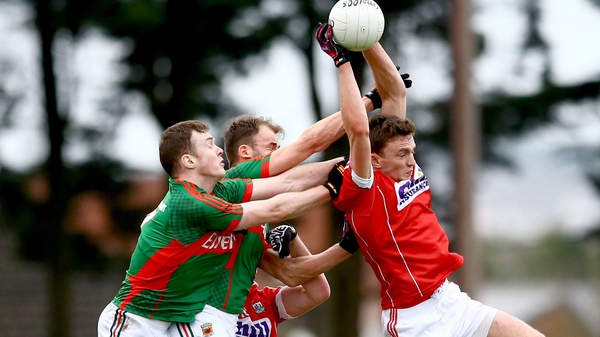