Both Cork and Mayo managers say they need to learn lessons after Sunday’s Allianz League Division 1 clash at Pairc Ui Rinn – but they’ll be lessons of a very different nature.

Both Rebel boss Peadar Healy and Mayo chief Stephen Rochford are in their first seasons in charge of their respective counties.

And they enjoyed very different fortunes during their opening Division 1 game, Cork winning by nine points - 1-18 to 0-12.

Healy says he wants his team to be far more clinical in their next league outing away to Donegal on Sunday.

“Plenty to learn we went for goal too often and we finished up with 13 men so we have to learn from there,” said the Rebel manager, having seen Andrew O’Sullivan sent off for two bookings and Brian O’Driscoll black carded after they had used all of their substitutions up.

Healy also joked that the Cork forwards made Mayo goalkeeper Robbie Hennelly look like a superstar because they gave him so many shots to save, including a second half penalty from Daniel Goulding.

“If he was on the transfer list there’d be a lot of people looking to buy him!” he said. “He was outstanding.

“We should have taken better options maybe, taken our points instead of going for goals. Going to Donegal next week is going to be far tighter. There’s plenty of room to improve and we’ll learn more about our forwards then.”

The Crossmolina man believes that Mayo returned to training later than most teams this season, though he says he isn’t using that as an excuse and knows that time is short before the visit of Dublin to McHale Park on Saturday.

“Considering it now won’t make us any fitter or change the result,” he explained after a game in which his team at one stage trailed by 14 points.

“What we have to do is train well during the week and get ready for the Dubs. We’ll have to get some system in place because they looked particularly impressive against Kerry on Saturday night. 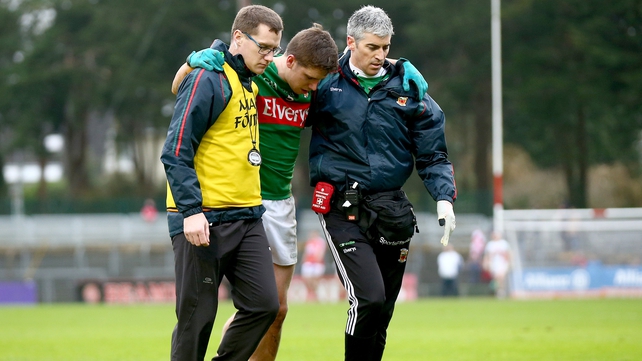 “We said that the league was about trying to accumulate six or seven points as quickly as we can and we still have six games to do that. We have Dublin next week and that will be a very tough game.

Lee Keegan will be a doubt for the Dublin game after Mayo confirmed he had "concussion symptoms" following a clash of heads with Cork's Eoin Cadogan.

Keegan played on for ten minutes after the incident before eventually being replaced. 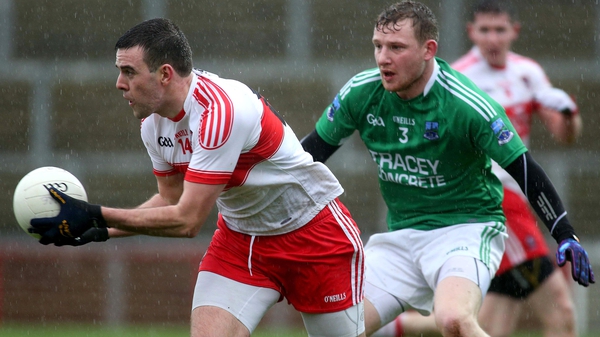