Ryan, who oversaw 26 titles - including ten All-Ireland titles -  during his reign as Cork ladies football coach from 2004 to 2015, announced his departure in late December, having opted to take up a role as a selector with Peader Healy's Cork men's footballers.

Fitzgerald was ratified as Ryan's successor at a GPC meeting of the Cork Ladies Football Board late last night, following a gruelling search which took four weeks, and involved a number of other potential candidates.

Speaking following the announcement, PRO of the Cork Ladies Football Board Pat Culloty said: "These are exciting times for everyone involved and we all have high hopes and expectations. There's a busy few months ahead with the league starting on Sunday, but we wish Ephie all the best and we look forward to working with him."

A former Nemo Rangers player, Fitzgerald it is expected will meet with the squad in the coming days ahead of their Division 1 National League opener against Mayo on Leeside this Sunday.

It is not yet known how his backroom team will shape up, but it is anticipated that a number of the 2015 Cork ladies football management team will remain involved to ensure a smooth transition.

Last Saturday, 2014/2015 Cork senior selector and Mourneabbey coach Shane Ronayne - who put his name forward for the position early on - pulled out of the running for the job, stating that he was "disillusioned with the protracted and long drawn-out process".

However, it is hoped that the senior county champions Mourneabbey will put forward a nominee to join Fitzgerald's 2016 backroom team.

Fitzgerald, aged 55, guided Nemo Rangers, and Ballylanders of Limerick, to county championship success, while at inter-county level he has served as manager of the Cork minor men's team and coach of the Limerick senior team. More recently he was manager of the Clare senior football team.

It is not yet known how many players of the 2015 All-Ireland-winning squad will remain, but they will definitely be without the services of injured All Star defender Geraldine O'Flynn for the league campaign, who damaged her cruciate in the All-Ireland final against Dublin last September. 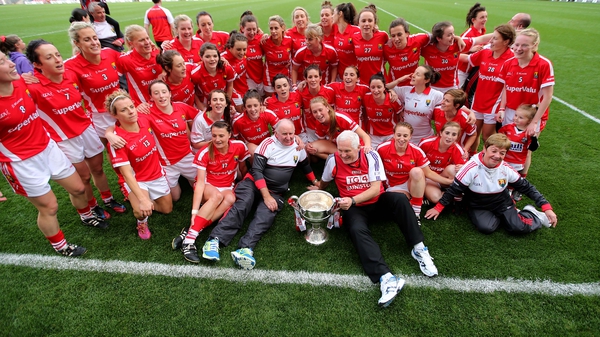