It's a case of 'we've been down that road before'. We've had the All-Ireland B championship and the little-loved Tommy Murphy Cup - competitions that were designed to help the so-called weaker footballing counties.

Take the Tommy Murphy, for example.

Only four teams took part in its first year in 2004 and while the number of participants did rise to 13 in 2006, it failed to generate much enthusiasm despite the fact that Tipperary, Wicklow and Antrim prevailed in entertaining deciders.

And now the GAA feel that the time may be right to bring back a secondary competition for teams in Division 4 who don't make their respective provincial finals.

A motion to introduce an All-Ireland Senior B Football Championship will be put before delegates at next month's GAA Congress in Carlow. For it to pass it will require a two-thirds majority.

All the recent talk has been about giving teams more championship games. Yet if this proposal is passed, teams may still only see action in two games during the summer months, as is the case for many at the moment.

Speaking on RTÉ Radio 1's Sunday Sport, former Donegal All-Ireland winner Martin McHugh feels that the majority of teams currently in Division 4 will not be in favour of the proposed idea, while Westmeath's Dessie Dolan is unhappy that teams in the bottom tier are being singled out.

He also asked the question, and a valid one at that, as to whether there is a vast difference in standard between teams in Division 3 and Division 4?

You could also apply that rationale to teams in Division 2 and ask how far ahead they are compared to the sides in the tier below them?

In any sport on any given day, surprise results can happen. To reference a different code, many will recall Japan's wonderful victory over South Africa in last year's Rugby World Cup.

In the 2015 Championship, Antrim, a Division 4 team travelled to O'Moore Park in the qualifiers and upset Laois, a Division 2 outfit. Wexford, who slipped down to the fourth tier last spring, were too good for Division 1-bound-Down in their back-door encounter.

Go back to 2011 and Limerick, despite being relegated to Division 4, reached an All-Ireland quarter-final.

It's these surprising outcomes that give an added dimension to the summer campaign.

And while the proposed new B Championship offers a prize of automatic entry to the football qualifiers for the winner, will that carrot be enough to ensure competitive fare and will sides be able to keep their players interested after a provincial exit?

Delegates will have their say in a few weeks' time.

But surely now is the time for something a bit more radical instead of trying to re-introduce a format that has failed before. Martin McHugh calls for the end of the provincial championships as he feels "they've had their day".

That may a difficult pillar to break down.

However, his call, and indeed the call of many, for an 'eight groups of four' scenario is surely worth a try now.

It could be played in conjunction with the respective provincial campaigns and so would guarantee every team the minimum of four competitive games at a time in the year when the sun is highest in the sky.

In essence, the time of the year that matters the most. 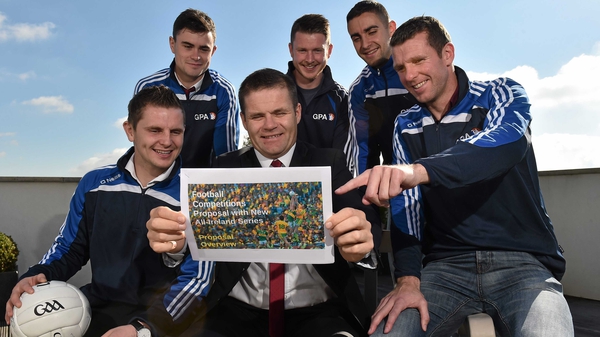