Division 4 teams will be taken out of the All-Ireland Senior Football Championship qualifiers if a GAA motion succeeds at next month’s Annual Congress in Carlow.

And in another controversial move, the GAA are aiming to scrap the Under-21 championships at inter-county level and replace them with an Under-20 competition.

Croke Park’s powerful Central Council rubberstamped the proposals at a meeting on Saturday.

The Championship change is a bid to streamline the SFC and offer more competitive games to teams at all levels. Scrapping Under-21 is seen as a way of averting player burnout.

However, when the Association tried to revive the All-Ireland B Championship before it was met with fierce opposition and the idea eventually abandoned.

The little-loved Tommy Murphy Cup ran between 2004 and 2008 and was open only to weaker football counties.

The motions will be put before delegates at Congress in February and to pass will require a two-thirds majority.

There are eight teams in Division 4 and, if the motion is carried, if they fail to make their respective provincial finals they will be put into an All-Ireland Senior B Football Championship

That competition will be played off on a straight knock-out basis and the winner will be guaranteed a spot in the following year’s qualifiers regardless of their League standing. 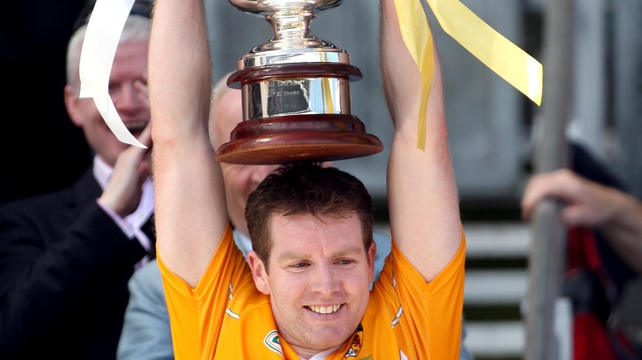 This proposal will have knock-on effects for the Senior Football Championship, with the qualifiers reduced from four rounds to three if accepted.

The 16 teams that don’t make their provincial finals and aren’t playing in the B Championship will go straight into Round 1 of the backdoor competition.

They will fight it out until there are four teams left and they will play the four beaten provincial finalists in Round 3, with the Connacht, Leinster, Munster and Ulster champions awaiting in the All-Ireland quarter-finals.

Under the proposal, if a team from Division 2, 3 and 4 is drawn against a team from a higher division in the qualifiers they will automatically have home advantage.

They all have a chance to get out of the B Championship equation, as the new competition will only come into being in 2017 if the motion succeeds.

The Tommy Murphy Cup was last won by Antrim in 2008 when Kevin Brady lifted the trophy (pictured above).

Central Council will also propose that the inter-county Under-21 Championships be scrapped and replaced by an Under-20 grade.

These competitions would be played mid-week in June and July with matches finishing on the night.

Under the proposal any game that finishes level will go to extra-time and if this doesn’t separate the teams there will be a sudden death free-taking shootout.

It is hoped that this would reduce player burn-out, cutting the number of game elite players have to play, particularly in the busy months of February and March in the GAA calendar.

The GAA are also proposing that replays only be played in the Championship following provincial and All-Ireland finals that finish deadlocked.

Also at Saturday’s meeting, the GAA said that the affiliation of a team from the British army’s Irish Guards couldn’t be rescinded, despite objection to their presence in London competitions from the Granuaile Hurling Club. 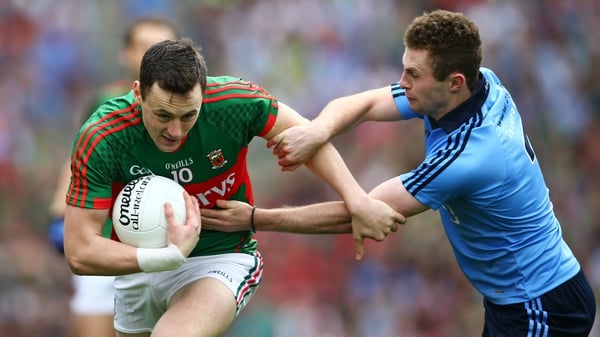