Dr McKenna Cup holders Tyrone made a successful first defence of their title with a 3-17 to 0-11 win over Queen’s University at Healy Park.

Goals from Ronan O’Neill, Connor McAliskey and Johnny Munroe sealed the fate of the students in difficult conditions at the Omagh venue.

Derry got off to a winning start with a 4-16 to 2-12 defeat of Antrim in a high-scoring contest at Owenbeg.

Shane Heavron marked his debut with two goals, while Liam McGoldrick and Ryan Bell, from a penalty, also found the net.

Thomas McCann scored both Antrim’s goals, one in each half.

In Section B, Michael Murphy came on as a substitute for his 100th Donegal appearance, helping his side to a 1-11  to 0-11 win over Down with a late point.

The vital score came early on, when Frank McGlynn scored a goal for the home side, and with Ciaran Thompson hitting some neat scores, they held out in the face of a late Mourne rally.

Maggie Farrelly of Cavan will have to wait for her historic appearance as the first female to referee an inter-county match, after the Fermanagh clash with St Mary’s was called off due to weather conditions at Enniskillen. 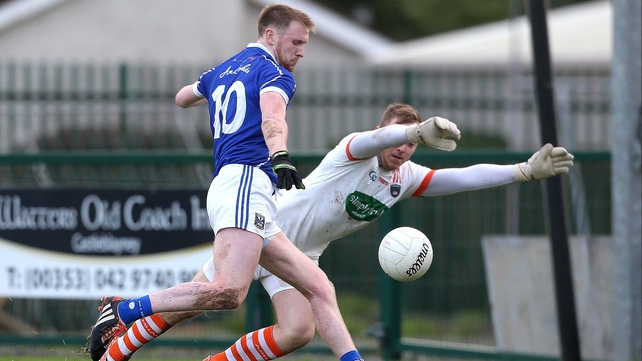 Cavan got the better of Armagh by 2-8 to 0-11 at Crossmaglen, where both sides finished with 13 men.

The Breffni goals came in the opening 20 minutes, scored by Niall McDermott and Chris Conroy.

Ulster University stunned Monaghan with a 2-16 to 1-9 win at Clones. 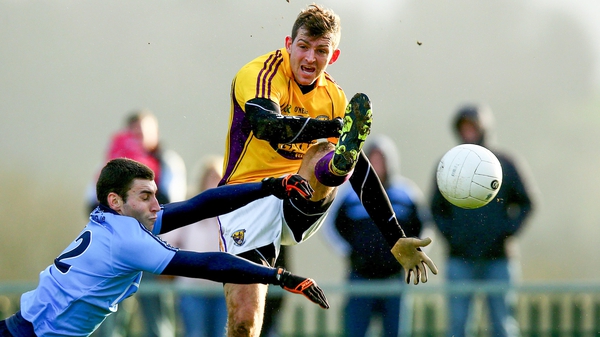