Clonmel Commercials set up an All-Ireland semi-final date with Ballyboden St Enda’s with a 2-12 to 0-9 success over Tir Chonaill Gaels.

A dominant first-half performance paved the way to victory for the Munster champions as they dominated for large spells despite playing into a strong gale.

Ian Fahey’s 23rd-minute goal gave Clonmel a five-point advantage but they lost Tipperary duo Aldo Matassa and Michael Quinlivan to black cards late in the half.

Three unanswered points left Tir Chonaill Gaels trailing by 1-5 to 0-6 at the interval but their hopes were ended just 15 seconds into the second half when substitute Padraig Looram rifled a stunning shot into the top corner of the net.

Things got even worse for the Gaels when Adam Askin was dismissed on 34 minutes and Clonmel were content to sit back and hit their hosts on their counter as thoughts turned to their February 13 date with Ballyboden.

Despite playing with the elements in the opening period, Tir Chonaill’s start was tentative as they piled bodies behind the ball.

The Londoners gifted Clonmel possession around midfield and the Tipperary men were content to bide their time before picking off scores.

Adrian Hanlon cancelled out Padraig White’s opener from TCG’s first foray into the opposition half but they looked shaky under the high ball in defence.

Quinlivan punched Matassa’s dropping shot over the bar and the full-forward rattled the post minutes later after leaving his marker for dead.

Clonmel took a firm grip on the contest on 23 minutes when Matassa looped a shot over TCG goalkeeper Declan Traynor following a powerful run from Quinlivan.

However, both players were black-carded in the final six minutes of the half, Quinlivan departing for a trip on Cathal Magee, and the Gaels hit three unanswered points to cut the gap to two as they departed for the dressing rooms.

Any hopes of a TCG comeback were quashed almost instantaneously. Clonmel won the throw-in and quickly broke upfield, where Looram fired an unstoppable shot across Declan Traynor and into the top corner.

Askin then departed after adding a black card to the yellow he received in the first half but TCG refused to throw in the towel, with midfield duo Mark Gottsche and Liam Gavaghan both outstanding.

Gavaghan scored two points in as many minutes but Clonmel delivered a swift response on both occasions as they kept daylight between the sides. 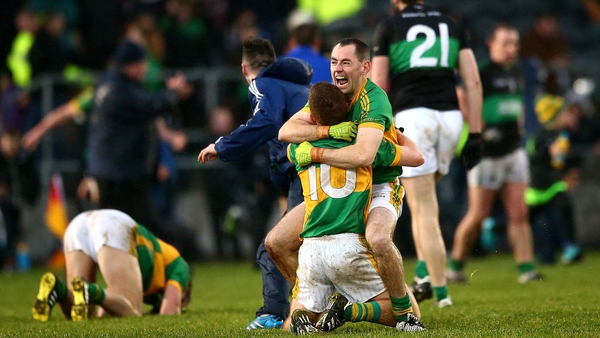 Clonmel boss: Dramatic win 'as good as it gets'