New Mayo manager Stephen Rochford is confident his players have the hunger and desire to give "great honour to the county" as he begins the quest to end the westerners' painful wait for an All-Ireland crown.

Rochford has taken the reins from the joint management team of Pat Holmes and Noel Connelly, after they relinquished their shared role following the county's players delivering a vote of no confidence.

The former Corofin manager spoke of his desire to rise to the huge expectations within Mayo when he took the post, and has reiterated his faith in the attitude and ability of the squad.

“I find myself involved with an absolutely super bunch, a group that have consistently been involved at All-Ireland semi-final and final stages," Rochford tod RTÉ Sport.

Despite the unsavoury manner of the previous management team's exit, Rochford refused to be drawn on the possibility of the atmosphere in the camp turning sour if results went awry, and accentuated the importance of getting the small details right first and foremost.

“I don't think about getting into a negative position about what might happen. My focus as a player and as a manager has been about looking at the controllables.

"The controllables are the way we can train, the manner in which we can present ourselves, the performances we put in on the field.

"That really is what my focus is on. If we’re performing to the very highest level then I don't have any concerns in that manner."

Mayo begin their FBD League campaign on January 3 when they welcome NUI Galway to Castlebar. 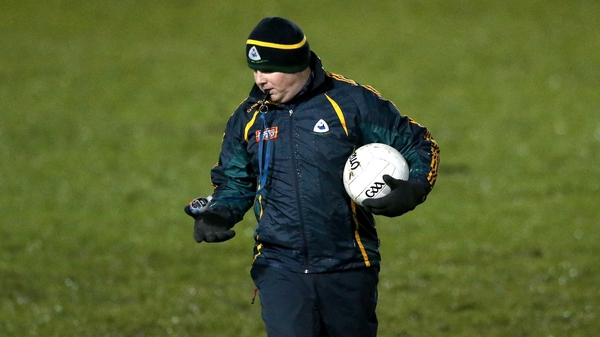